The race toward the much anticipated December 4th election is gaining momentum, with only 11 days left before the forthcoming election, 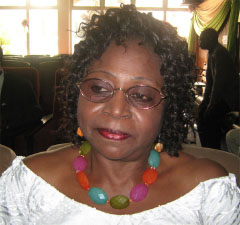 Former speaker of National Assembly Hon. Mrs. Elizabeth F.Y. Renner has urged the media as the fourth estate of the realm to exercise their responsibility and ensure that their platforms are not used for propagation of hateful and inflammatory language.

Former Speaker Renner who was speaking yesterday during a press conference at a local hotel in Senegambia, said the press statement is calling for an end to the use of hate speech in political campaigns. It could be recalled that earlier this month, all the six political parties that are contesting in the forthcoming presidential election with support from the International IDEA signed a Code of Conduct towards ensuring a peaceful December election.

According to her, in the Code of Conduct, all the presidential candidates pledged to commit themselves and their supporters to peaceful Presidential Elections, adding that the candidates also demonstrated their commitments to credible elections, peace, justice and the democratic stability of the nation by agreeing among other things to publicly condemn violence, intimidation and political thuggery at any time during the election process; to refrain from and condemn the use of religious, sectarian, ethnic and tribal politics to campaigns among others.”

The political leaders, she added, also agreed to refrain making or causing others to make ‘in our names or in the names of our party,’ any public statements, pronouncements, declarations or speeches that have the potential to incite any form of ethnic, tribal or religious sentiments, and which could impede access to eligible voters by political opponents.

Expressing her displeasure, the former speaker added: “It’s noted with deep concern that the campaign period has seen increased political activities and heightened tensions. Incidents of hate speech by political activists have been recorded on our television and radio stations.”

“In this regard, we the five guarantors of the Code of Conduct, the Chairman of the Christian Council Bishop James Allen Yaw Odico, President of the Supreme Islamic Council Sheikh Essa Darboe, Hon. Elizabeth F.Y. Renner, Mr. Ousman Yabo and H.E Dr. Mohamed Ibn Chambas, and the National Elections Response Group (NERG) would like to take this opportunity to remind all presidential candidates of their commitments to avoid hate speech and conduct peaceful campaigns.

State House, Banjul, 24th July 2020: Following the lapse of the last 7 days State of Public Emergency declared by His Excellency, the President of the Republic pursuant to the 1997 Constitution of The Gambia, has decreed that the COVID-19 pandemic in The Gambia is now governed by Public Health (Dangerous Infectious Diseases) Protection Regulations, 2020. 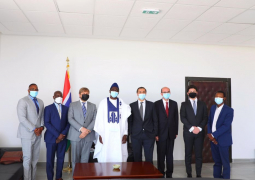 BANJUL, 20 April, 2021: The Honourable Minister of Foreign Affairs, International Cooperation and Gambians Abroad, Dr. Mamadou Tangara, on Tuesday received the Ambassador Extraordinary and Plenipotentiary of the Russian Federation, H.E. Mr. Dmitry KURAKOV, who led a team of investors to the Foreign Ministry.