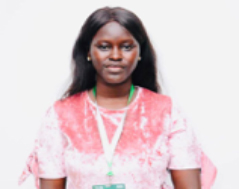 The EWC is a partnership of three organisations with different expertise and backgrounds. It includes: Peace Ambassadors- The Gambia (PAG), Activista and National Youth Parliament (NYP).

These organisations are collaborating to observe the electoral processes in The Gambia.

The EWC has deployed 71 observers including 14 nomination observers, seven regional coordinators -each for a region and 53 constituency observers, each representing a constituency to monitor the conduct of parliamentary candidates’ nomination and campaigns in their respective regions.

Speaking in a EWC monthly presser on election observation, Njegen Jobe, chairperson for EWC said: “The official campaign has not started yet but EWC has reported witnessing or hearing of some violations of the code of campaign ethics for parties.”

“For instance, observers in four constituencies heard instances where voters were offered money for their cards. As well, in five constituencies observers witnessed political parties or candidates distributing cash or other gifts to voters.”

Speaking further, she said observers in other five constituencies heard of such instances occurring in their areas.

“Observers noted a variety of political parties are participating in this violation,” she noted.

Meanwhile, on behalf of Election Watch Committee, Ms Njie recommended the Independent Electoral Commission (IEC) and the Inter Party Committee (IPC) to closely monitor the actions of political parties to ensure they comply with the Code of Conduct of Election Campaign Ethics. 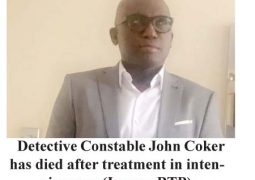 Following recent inspection, investigation and examination of tax collection; method and structure amid the Covid 19 pandemic; records seen by The Point reveal that the Gambia Revenue Authority (GRA) is considered “among one of the most steadfast, transparent and robust tax systems in developing countries…”