The session, otherwise known as the “Budget Session”, provides the opportunity, in accordance with provisions of the Supplementary Act, for Parliament to consider the Community’s Budget. Specifically, the Parliament is expected to ensure that the estimates are directed towards programs that address the needs of the people. 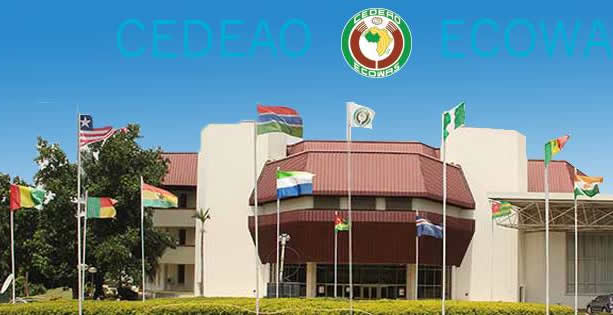 The ECOWAS parliament received an estimate of a consolidated 2021 budget of USD398, 044, 626 from the ECOWAS commission.

“Here, I make specific reference to Article 17.2a, which states “after the consideration of the Budget by the Administration and Finance Committee (AFC), the report of the AFC on the Budget shall be presented to Parliament during the Parliamentary Budget Session.” In fulfillment of this statutory responsibility, we are expected to render opinion, including where necessary, proposals for the amendment to the draft Community Budget,” said Sidi Tunis, Speaker of the Ecowas Parliament.

As they considered the budget, he reminded that they are now responding to the worst global pandemic in a century, stressing that overcoming those challenges in the interests of the citizens should be the Parliament’s major priority. “It is also not enough that the budget surmounts the immediate threats brought upon us by COVID-19, it should also advance efforts to make progress on other fronts and priorities which our region continues to value: democracy, rule of law, peace and conflict resolution, the fight against terrorism, poverty reduction and climate change.  These are our core missions, and we must seek to deliver on them.”

In November of 2020, the Bureau of Parliament, met in Cotonou, Republic of Benin to consider and adopt the 2021 Budget of the ECOWAS Parliament, which was formulated in accordance with the ECOWAS Financial Regulations and Accounting Guidelines and Procedure. The budget, as adopted by the Bureau, sought to strengthen economic and social development, reinforce security and support democratic values in the ECOWAS sub-region as directed by the Extraordinary Summit of ECOWAS Heads of State and Government held on 23rd April 2020. It also focuses on high impact programs and projects that have long-lasting effect that meets priority needs of the ECOWAS Member States and represents an increase of UA 785,404 or4.00% from the approved Revised Budget UA 19,649,080for 2020.

The ECOWAS Parliament Speaker added: “Another important highlight of our session is the presentation of the Strategic Plan of the 5th Legislature (2020-2024) of the ECOWAS Parliament, which has been drafted by the Administration of the Parliament under the supervision of our outstanding Secretary General. This document, which is guided by the provisions of the Community Strategic Framework (CSF 2016 - 2020) and the current ECOWAS Vision 2020, identifies program areas, with themes and priorities that would systematically assist the Parliament in executing its mandate, as defined by the Supplementary Act. I shall be constituting an Ad-hoc Committee to consider this robust plan within the weeks following this session and report to the plenary during our next session for its consideration and adoption.”

Six new Parliamentarians were sworn-in into the regional Parliament at the commencement of the Session. 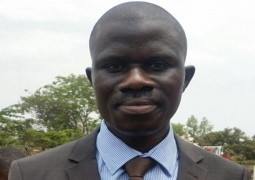 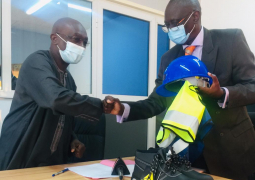 The Ministry of Fisheries, Water Resources and National Assembly Matters (MoFWR-NAMs) through the Department of Fisheries on Tuesday, 19 January 2021, received fisheries protective gears from the PESCAO project through the Sub Regional Fisheries Commission (SRFC). 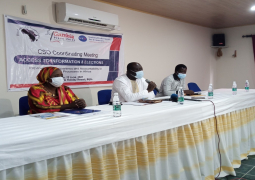 Sillah urges journalists to report fairly ahead of Dec polls

Ahead of the much anticipated 2021 presidential election on December 4th, 2021, the country’s Information Minister Ebrima Sillah, has urged Gambian journalists to always report fairly, truthfully and in good faith with a view to enabling Gambians make informed choices.