Dr. Ismaila Ceesay, leader and standard-bearer of the opposition Citizen Alliance (CA) party has urged the government of The Gambia to establish an anti-corruption institution as part of measures to fight corruption and its related activities in the country. 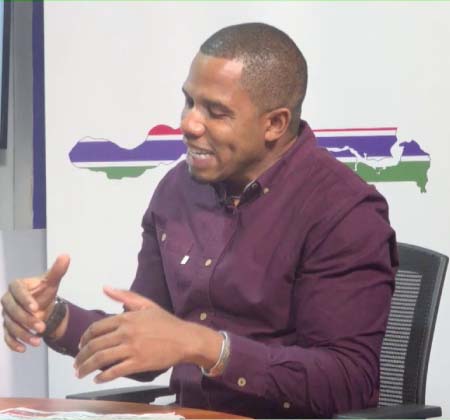 He equally urged government to fully implement the recommendations of the Janneh Commission that was set-up to probe the financial dealings of former President Yahya Jammeh and his close associates.

“The government is currently muted on the issue of the diplomatic passport scandal case. We are having reports that they are trying to put it aside because it’s a high political case. These are some of the issues that can destroy the country. We are also demanding that the Drug Law Enforcement Agency, The Gambia (DLEAG) brief us about the Banta Keita’s cocaine case.”

Dr. Ceesay was speaking on Friday during a press conference at its Kanifing Estate Political Bureau. The press conference focused on his recent Europe tour, the on-going voter registration and allegations of corruption in the country among others.

He added: “The government needs to establish an anti-corruption institution which will be a strong oversight institution. They must also expedite the process in bringing into law the Anti-Corruption Commission which should be empowered with a view to enable them to act independently. We are also urging the government to enhance the capacities of the National Audit Office. The institution’s capacity is weak.”

Commenting on his recent visit to Germany and other European countries, Dr. Ceesay said he visited Germany in order to see the condition of Gambians in Germany especially asylum seekers.

“I visited Berlin in Germany and Stuttgart and that’s where more than 16, 000 Gambians live. I visited them and talked to them in order to understand their living conditions and whether their rights are being respected, whether they are living in dignity and what their anxieties are and what could be done to solve the situation."

On the on-going voter registration, he said, his party has deployed volunteers at different registration centers in order to observe how the process.

“We provided them with logbooks so that they take note of evidence which the party will need to see whether there are abnormalities to undermine the integrity of the entire process. So far we have reported that more women register than men,” he stated, adding the number of people registering biweekly is reducing.

The alkalo attestation, he added is going to cause problems in the registration process. “There are also reports of interference by certain party agents who have taken serial numbers and details of registered citizens who have already registered. We urge political parties, including the CA to not do anything that will undermine the integrity of the process.”

Legislators of the Public Enterprises Committee (PEC) of the National Assembly have warned they may take action against the Public Utilities and Regulatory Authority (PURA) if it failed to appear for a second time. 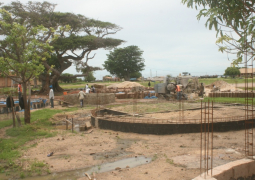