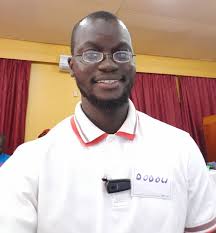 The APRC mouthpiece was speaking to Star FM popular morning show host, Pa Nderry Touray yesterday. He added “Former President Jammeh is a citizen and every citizen is entitled to a voter card.”

Speaking further, he said someone elsewhere might believe that the former Gambian leader cannot return home to secure a voter card before the end of voter registration but was quick to add that no person can change the belief and view of the APRC party regarding the former head of state securing a voter card before July 9.

It could be recalled that former President Yahya Jammeh ruled The Gambia with an iron fist for 22 years following his continuous election victories from 1996 to 2011 presidential elections.

However, in the 2016 Presidential elections, President Adama Barrow-led coalition defeated Mr Jammeh. Initially he conceded defeat but later changed his mind and called for fresh elections.

After a series of negotiations by the regional bloc, ECOWAS, Jammeh stepped down. He later went into exile at Equatorial Guinea in Central Africa following the arrival of ECOMIG troops.

Conversely, Mr. Jah told Star FM: “Yet we believe that he will come back to secure a voter’s card and if the voter registration ends and he does not come then we will expect him to join us in the election campaign,” he said.

Moving forward, he said anything God wills, his party will take it in good faith, but no person will change their belief and views concerning the return of former President Jammeh.

West Africa Competitiveness Programme (WACOMP), an EU-funded project implemented by UNIDO and United Purpose (UP) with the Ministry of Trade, Regional Integration and Employment (MOTIE) to increase competitiveness along the onion value chain on Friday held its second project steering committee meeting. 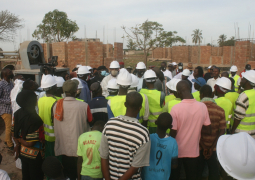 Dr Ismaila Ceesay, the leader of Citizens’ Alliance (CA) has been nominated for the Award of Eminent Peace Ambassador by the International Association of World Peace Advocates, (IAWPA), a global non-governmental organisation affiliated to the United Nations Global Compact.