Several public works inaugurations preceded the celebrations for the anniversary, which shows, according to the Cuban authorities, the will to overcome the difficulties generated by the pandemic and the economic crisis, exacerbated by the intensification of the United States blockade.

The capital is going through a favorable epidemiological scenario, according to specialists, which allowed the continuity of the 2019-2020 school year, and that on November 15, commercial, regular and charter operations were resumed at the José Martí International Airport, the main gateway entrance to the country.

More than 20 flights from different countries marked the intense activities for the restart of the air terminal, carried out under strict sanitary protocols.

According to the provincial vice-governor, Yanet Hernández, on Sunday night the traditional tour around the ceiba tree was held in the Templete garden, considered the founding point of the city, as a prelude to the celebrations.

On this occasion the celebrations are characterised by compliance with sanitary measures, but this will not prevent the inauguration of several social works in Old Havana.

A special tribute will be paid to Eusebio Leal, the world-renowned historian of the City, who died last July, and architect of the restoration works in the historic center of the capital.

On November 16, the founding of the Villa de San Cristóbal de La Habana is celebrated and 1519 is taken as the year of creation, a date that appears expressed in documents from the colonial period. 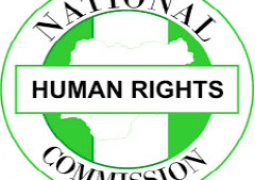 The National Human Rights Commission (NHRC) with support from the British High Commission in The Gambia, on Thursday held a high-level validation workshop on a draft report on review of the Basic and Secondary Education Curricula of The Gambia. 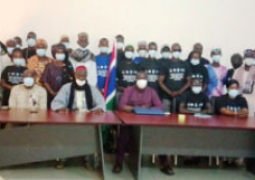 The management committee of the Covid_19 media grant set up by the Government has disbursed an additional one million dalasis (D1,000,000) financial support to the eight community radio stations across The Gambia.