National Assembly aspirants have been advised by a Code of Conduct signed last week to refrain from vote buying, bribery, offering of financial inducements to electorates and to also avoid false promises of infrastructural development.

The Code of Conduct, which signing was facilitated by International Institute for Democracy and Electoral Assistance (IDEA), aims at promoting peaceful, stable and violence-free elections on the 9th of April and the aftermath (post-election period).

In the same vein, the Code of Conduct advises aspirants to refrain from making or causing others to make in their names or in the name of their party, any public statements, pronouncements, declarations or speeches that have the potential to incite hatred or any form of ethnic, gender, tribal or religious sentiments before, during and after the elections. It also urges aspirants to refrain from the use of religious, sectarian, ethnic or tribal politics to campaign; and to strongly promote peace. It also condemns all acts of violence and intimidation, whether perpetrated by themselves, their supporters and/or opponents.

Aspirants are asked to refrain from the use of social media to disseminate fake news that misinforms people; and to publicly condemn all acts of violence, intimidation and political thuggery and their instigators and perpetrators at any time during the elections process.”

Moreover, it encourages aspirants to “admonish their party members and their followers to refrain from insults, intimidation, incitement, violence and to conduct themselves in accordance with the rule of law after the announcement of the results; to resort to judicial processes to address disputes which may arise from the elections; and to cooperate with the IEC and law enforcement institutions as it acts professionally and impartially in carrying out their mandate and investigating electoral disputes, whether at the polling station, community, constituency, regional and national levels.”

In addition, parliamentary aspirants have been tasked to cooperate with the IEC, political parties and all candidates in ensuring orderly scheduling of political activities to avoid clashes of political processions, meetings, rallies and other activities; to ensure the safety and protection of electoral officers and voters from any form of threat, abuse or violence. It is also urging them to assist in the protection of election materials including voter register from willful damage, destruction or theft; and to also accept the results of the elections as announced by returning officers of IEC at all polling stations and constituency levels.

The document further urges the parties to commit themselves and their political parties to the monitoring of adherence to this Code of Conduct and to take up the responsibility of communicating the tenets of the code to their followers to ensure a generally peaceful elections for parliament. 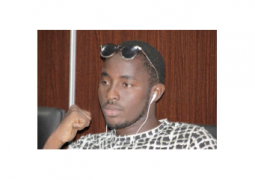 Barely 10 days after his re-election to the country’s highest office, several regional youth leaders have called on President Adama Barrow to address concerns of the young people in their various regions.