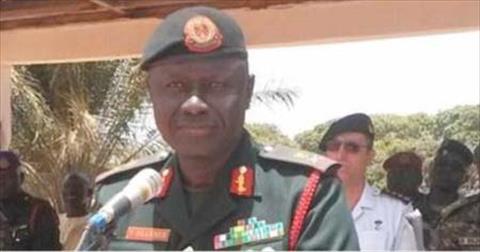 CDS Drammeh was at the State House yesterday morning to brief the President on the outcome of a two-week tour of military installations across the country which saw his high-level engagement with governors, key stakeholders and community leaders across the country.

“As usual, President Barrow has taken ownership of the Armed Forces once again as Commander-in-Chief… He gave assurances that he would stand with the Armed Forces in our collective pursuit to bring about the much-necessary peace and tranquility,” CDS said, adding that in so doing, there is a need to meet some of the logistic needs and support of the Armed Forces.

The CDS said President Barrow expressed willingness to support the Armed Forces in moving forward and is optimistic that the future of the Gambia Armed Forces is very bright.

During the tour, the CDS’ delegation held close consultations with troops and their command, to have first-hand knowledge on the working and living conditions of the troops and the command.

“We had constructive engagements between the command and the serving members of the Armed Forces; discussed their situations and used the opportunity to share with them the policy initiatives and directives… in other words, I laid out my aspirations to move the Armed Forces forward,” he said.

CDS Drammeh explained that these aspirations, no matter what they are, should be strictly in line with how to organise and restructure the Armed Forces to meet the expectations of the Commander-in-Chief, every Gambian and development partners.

CDS Drammeh described the two weeks tour which ended at the State Guards’ Battalion in Banjul as “a resounding success.” 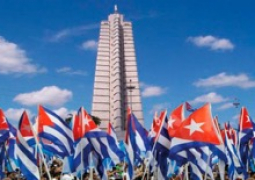 The Cuban Revolution once again received this January congratulations and recognition of millions of people around the world who continue to find in it an example of resistance. 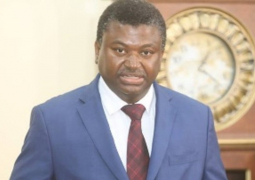 Press release :The Ministry of Health under the leadership of Hon. Dr. Ahmadou Lamin Samateh would like to inform the general public of the laying of the foundation stone for the construction of a state-of-the-art Medical Complex at former Farato Farms site, off the Brikama Highway, West Coast Region. 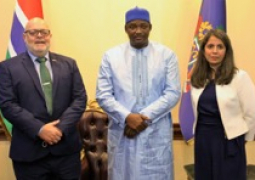 State House, Banjul, 28th April 2022: The British Ambassador for Human Rights Rita French has praised The Gambia’s successful transition to democratic governance since 2017, saying the country is a beacon of hope for democracy in the sub-region and the world over.