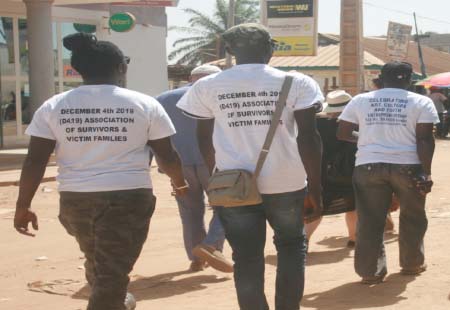 It was unbelievable when the news was received as the point of departure was more or less a secret and an unknown point to many people especially some intended and would be migrants in the Kombos, thinking the desert is still the ultimate route to go on ‘backway’ journey.

Narrating the incident from day of departure to the end is Mamoud Faal, native of Barra who is one of the survivors and member of the December 4th 2019 (D4.19) Association of Survivors and Victim Families.

In an interview with this medium, Mamoud Faal disclosed that the capsized boat carried 195 passengers and was the fourth boat to go from the departure point, around Fort Bullen area in-between Barra and Jinack Island, on backway direct from The Gambia to Spain in late November 2019.

Giving history of their sailing to Mediterranean Sea before the boat capsized, he said their boat was in Spanish territory for three hours, from 7 a.m. to 10 a.m. without knowing that they were already in Europe.

According to him, they started roaming until they found themselves back in Nouadibbou, Mauritania, where they capsized. Though their boat did not hit anything, he said that the boat capsized when they finally decided to berth the boat as everything; fuel, food, and water was virtually finished.

“When we threw the anchor into the water, our boats swerved and turned upside down and covered us inside the water.”

He claimed that all videos that went viral on social media about the capsizing of their boat were all false as there was no one there to take any footage when the incident happened.

“It was on Wednesday, 4 December, 2019, morning, a sorrowful day that I will never forget in life. We all decided to berth; come whatever might be because there was not enough fuel to continue with the journey.”

To straighten the record, the wrong circulated footage and story by social media was false. First our boat didn’t capsize on motion and there was no one present at the time to take any footage or photograph; because when it happened, we all drown with our mobile phones and nobody remembered mobile phone less of taking photographs and footage. All circulated footages were fake and not from the scene,” Faal disclosed in his narration.

He added that “when we finally decided to berth, we saw two fishing boats and we approached them and asked where we were and they said this is Nouadibbou in Mauritania. We told them that we were on our way to Spain but lost at sea but wanted to berth.  They agreed to direct us. So when we wanted to berth the boat we threw down the anchor and as we did; the boat swerved and capsized and we all went down the water (sea) while the boat covered us.”

Giving account of the passenger on board the boat he said, they were195 passengers –migrants in the boat, 13 women, 11 missing, two survived, 83 men left with two women, totaling 85 with a 2-year old baby. Meaning we lost 110 in the Mediterranean Sea, but 58 bodies were found and second day six bodies were found, too. 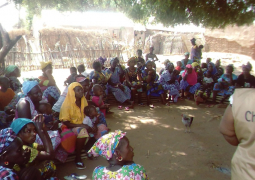