Operatives of the Drug Law Enforcement Agency, The Gambia (DLEAG) have arrested Tyrone Michael Ennis, a British National, and a resident of Sutusinjang village in (Foni) for reportedly cultivating cannabis skunk, The Point has been reliably informed.

This development came to light as the fight against drug trafficking and other organised crimes by the agency in the country intensifies.

The suspect who is currently under the custody of the narcotics agency was arrested on 18 October 2020, after operatives raided his home. The DLEAG officers later discovered twenty three (23) black boxes used to grow the suspected cannabis using heavy duty lights.

Ousman Saidybah, the spokesperson of the DLEAG who was contacted for comments on the matter confirmed the development to The Point. He acknowledged that the suspect was immediately taken into custody as his actions contravene section 36(1) of the Drug Control Act 2003 Revised Laws of The Gambia.

PRO Saidybah explained that section 36(1) of the DCA 2003 prohibits the cultivation of any plant from which a prohibited or controlled drug can be obtained except in compliance with 36(2) authorising educational or research institute or any establishment or public laboratory engaged in research work to engage in same for scientific, experimental or didactic purposes.

“Many youths seem to prefer the usage of this strain of cannabis which is highly potent. Many also believe that it's legal and not covered by the act. This assumption is wrong and anyone found wanting would have violated the law as provided for in the DCA

“We therefore call on all stakeholders to join the bandwagon and help create awareness about the effect of these new prohibited drugs and psychoactive substances robbing our youths of their future. Some use combinations and cocktails of different types of drugs without knowing the chemical composition of these drugs or how potent they are.”

“We either accept the reality or deal with this issue now or we will have to face the consequences at a later date when things might be out of control.” 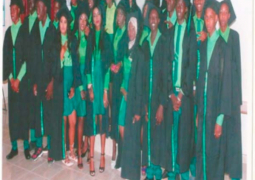 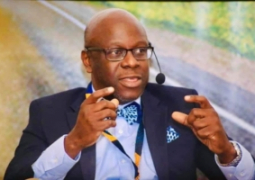