The Gambia Bar Association (GBA) has expressed its concerns and disappointment over the rejection of the Constitution Promulgation Bill 2020 in the National Assembly (NA) at the second stage of reading. 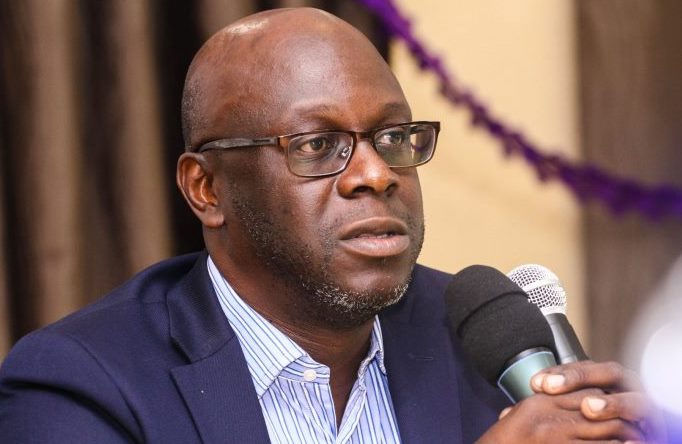 The GBA said in a missive that the rejection of the bill will have serious ramifications on the on-going transitional justice processes and legal reforms essential to strengthening the rule of law and our nascent democracy after 22 years of dictatorship.

“The Gambia Bar Association (GBA) wishes to express its concerns and disappointment over the rejection of the Constitution Promulgation Bill 2020 in the National Assembly (NA) at the second stage of reading.

The rejection of the bill will have serious ramifications on the on-going transitional justice processes and legal reforms essential to strengthening the rule of law and our nascent democracy after 22 years of dictatorship.

Firstly, the GBA wishes to commend the Constitutional Review Commission (CRC) for carrying out their mandate in an inclusive and participatory manner to produce a draft constitution that to a large extent sought to reflect the diverse views of the Gambians obtained in their public consultations and submitted position papers. The draft Constitution presented to the National Assembly is a culmination of a constitutional building process that was transparent, collaborative, participatory and reflected the views of the Gambians from all walks of life within the country and in the diaspora.

Secondly, the GBA recognises that our parliamentary system of democracy vests in the National

contentious debate. It is regrettable that the Bill failed to proceed to the next parliamentary stage in which the relevant Standing Committee of the NA would have had the opportunity to scrutinise the draft Constitution clause by clause with the benefit of the expertise of subject matter specialists, in a non-partisan spirit in pursuit of the collective interests of all Gambians.

The rejection of the draft constitution ultimately deprived the Gambian people their legitimate and inalienable right to vote in a referendum to either endorse or reject the draft Constitution. We strongly believe that the Gambian people should have been given the opportunity to exercise their sovereign will by making the ultimate decision on the most important legal issue in the transition period. The premature rejection of the draft bill in our view may also potentially diminish meaningful and pro-active citizen participation in future democratic and civic processes following their overwhelming involvement in the CRC consultation stage.

Thirdly, the GBA believes that the 1997 Constitution which was subject to over fifty amendments, was deliberately used as an instrument to perpetuate and consolidate the former President’s powers thereby solidifying the previous regime’s longevity by undermining the principles and sanctity of democracy, the rule of law, good governance and respect for human rights. Therefore, the GBA believes that the 1997 Constitution is not consistent with the aspirations of the Gambian people and its strong desire for a system of government that is anchored on true democratic values, respect for the rule of law, good governance, accountability, transparency and upholding the separation of powers.

citizens, and interest groups including some of our own views as a Bar. Notwithstanding, the GBA supported the draft Constitution because, in our view, it was a fair representation of the diverse views and collective interest of Gambians as a people.

Fundamentally, the draft constitution represented a departure from the 1997 constitution in that it was a more people centred constitution whilst the former progressively consolidated and entrenched the power of the executive. The draft sought to have a balance of powers between the three arms of government giving true meaning to the principle of the separation of power. The draft bill ensured that there were proper checks and balances on the exercise of power by the executive by strengthening the independence of the judiciary as well as the oversight powers of the legislative arm of government.

The draft Constitution further strengthened and expanded our fundamental rights and freedoms,

imposing a positive duty on the State to promote and fulfil socio-economic rights, thereby protecting the most vulnerable by providing adequate access to justice. For these reasons amongst others, the GBA believes that the draft Constitution speaks to the wishes and aspirations of the Gambian people and the passing of the Bill to the next phase and ultimately a referendum, would have presented a remarkable achievement in terms of the urgent need for a complete constitutional overhaul, in line with the overriding objectives of the National Development Plan 2018-2021.

Nonetheless, the GBA strongly believes that the rejection of the draft constitution should not be the end of the constitutional building process. The GBA and the wider civil society played a crucial role in actively engaging all the relevant stakeholders up to the debate of the Bill in the NA and continue to do so.

Divergent views of the draft Constitution are acknowledged and that is healthy as we seek to nurture our young democracy.

Therefore, the GBA strongly urges all the stakeholders, both in the private and public sector, in

particular Civil Society Organisations, the Executive, Political Parties and the National Assembly members to begin the discourse to build a national consensus towards reviving the process of enacting a new Constitution that will usher in a third republic.

We all have a unique opportunity to make enduring sacrifices for positive change and be on the right side of history. We owe the solemn duty of carrying it out in the name and interest of a future generation that will look back and be proud of our non-partisan vision.” 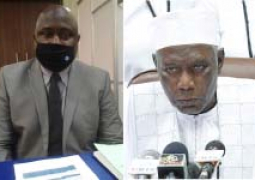 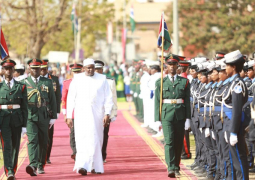 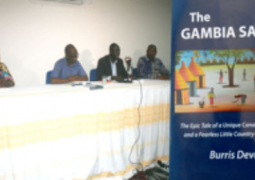 After his 55 years work experience in Africa as a teacher, educational administrator, development worker and executive director of an NGO, Burris Devanney has again written a book entitled: The Gambia Saga – The Epic Tale of a Unique Canadian NGO and a Fearless Little Country in Africa. 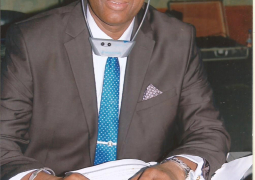 The Board of Directors and Management of the Gambia Revenue Authority (GRA) on Wednesday 10 February 2021, embarked on field visit to GRA offices within the Greater Banjul Area (GBA)