Ma Bintou Badjie, NPP Vice-Chairwoman for Bakau Constituency, told the gathering that they had been supporting the opposition since 1977 when they were voting for Dembo By Force and the NCP leader until 2001 when NCP and PPP earlier joined the UDP. “We did not gain anything from the opposition except hardship and pain. Enough is enough. We are no more going to support the opposition,” she told the crowd. She urged their supporters to try and register so that they can vote for President Barrow come the 2021 presidential elections.

Ndey Manneh, another NPP supporter, said they should forget about the opposition because it is dead in Bakau. She likened President Barrow to the former president, Sir Dawda Jawara. “President Barrow is sympathetic, generous, peaceful, and has brought a lot of development to the country. This is what we need. Why should we continue supporting the opposition? We are going to rally behind President Barrow until 2021 when we will vote him into office with a landslide victory,” she stated.

Basiru Gassama, former APRC youth adviser, said he was throwing his weight behind President Barrow. “What is the noise about? God has destined President Barrow to be the president of the country. Nobody can do anything about it. I am calling the opposition to come and join the NPP because President Barrow is going to sweep the polls in 2021. I give him 80% victory. Don’t waste your time supporting the UDP. They cannot bring any development to the country,” he predicted.

Abdou Jallow, NPP Secretary General for Bakau Constituency and former APRC councilor for Bakau Old Town/Cape Point ward, adduced that UDP is dead in Bakau and urged the gathering to support President Barrow and the NPP. He saluted his colleague, Alagie Bahoum, former APRC councilor for Bakau New Town ward, who has now joined the NPP. Some women also switched their allegiance to the NPP from the UDP. They were paraded before the crowd.

Lamin Chox Jatta, elder brother to Ousman Rambo Jatta and NPP Vice Chairman for Bakau Constituency, said that he has mobilized the youths of Bakau to join the NPP. He noted that UDP is a thing of the past in Bakau.  “Dembo By Force is the key to Bakau politics. You have to come through him. We have turned our backs on the UDP,” he said.

Isatou Trawally, in her contribution, urged the women to put the past behind. “Women suffered a lot in the past. We are now happy that President Barrow has empowered us. Let us unite and show the men that we are the custodians of politics. Let us rally behind President Barrow so that he will bring more development to the country. He is a man of vision,” she urged the women.

Karamo Jadama, NPP North Bank Regional chairman, who fell out with the UDP, noted that the women of North Bank Region are very active in politics. He added that they are supporting President Barrow and this will continue. “President Adama Barrow has constructed some feeder roads in Bakau and everyone has seen it. President Barrow is being protected by God. His presidency is the will of God and we should all accept it,” he declared.

Ounda Nyang, NPP national chairman, urged their supporters to be law-abiding, disciplined and respect the rule of law.  “We will know which party is more powerful than the other if we launch the NPP at the Independence Stadium very soon,” he said. 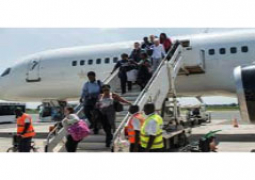 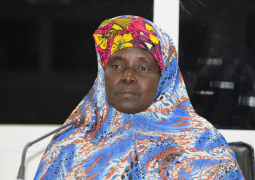 Fatou Sonko, a witness yesterday testified before the TRRC, revealing that former President Yahya Jammeh had ordered the arrest of both her and her spouse Essa Sonko.

The Ministry of Health on Monday will begin issuance of the Gambia's first-ever digital birth and Health Insurance Certificates.