The statement reads that: “According to U.K government sources, the new rules will discriminate between the recipients of COVID-19 vaccines not based on the vaccine received but on the region in which these vaccines were received. Travelers whose vaccination is not recognised based on where they received the vaccine, including but not limited to the African Union Member States, will have to take additional measures resulting in a significant financial and social burden.”

The release continued that these extra measures include two additional tests (pre-departure and “day 8 test” and quarantine for ten days, while adding that the sources provide no further explanation and rational behind these new rules.

“The restrictions will therefore apply to persons having received vaccines through the COVAX programme, of which the U.K is one of the largest supporters, with over USD 700 million as well as 80 million vaccine doses pledged to the programme.

The COVAX supplies constitute almost half of the COVID-19 vaccines supplied to the African continent to date.”

Africa CDC indicted that they are deeply concerned that policies and rules such as these carry a risk of deepening vaccines hesitancy across Africa and creates distrust in the community.

Given the severe consequences of the rules, the Africa CDC urged the UK government to reconsider their decision and, with the African Union to discuss how to ensure mutual recognition of vaccines provided through its donations. 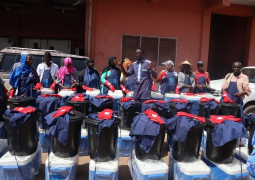 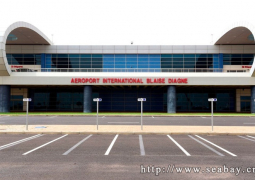 “Blaise Diagne International Airport is fully sold in 2022,”  this is the revelation of Doudou Ka, in a note consulted by Bés bi, who underlines that "it is our Airport at 100%". 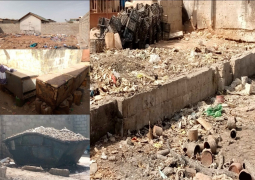 The obnoxious smell at the Old Yundum Market in Coastal Road is causing nothing but environmental nuisance while it drives shoppers away from purchasing their daily needs at this public facility.

Following general anxiety and vexing public outcry over this summer’s published fertilizer price, President Adama Barrow has further subsidized the official price of fertilizer, bringing it down to D2000.00.