Members of the Young Journalists Association of The Gambia (YJAG) yesterday paid a courtesy call on the Secretary of State for Communication, Information and Information Technology at her office in Kanifing.

Speaking on the occasion, Mr. Assan Sallah, Public Relations Officer of the association who chaired the meeting, said that the purpose of the visit is to introduce the association to the and to brief her on their activities.

For his part, Demba Kandeh, Secretary General of YJAG, informed the Secretary of State that they formed the association on , (YJAG) and officially launched it on February after registering it with the Attorney General's Chambers.

YJAG, he continued, is aimed at building the capacities of young practising and aspiring journalists in the country, complement the effort of Gambia Press Union in promoting press freedom, promote the general welfare of its members and to help recruit young school leavers into journalism profession among others.

Mr.Nfamara Jawneh, President of YJAG, used the opportunity to congratulate Secretary of State Badgie on her new appointment and wish her great success. "As you know this is the first time we are officially meeting the honourable , I wish to use the opportunity to congratulate you Madam Secretary of State on behalf of all young and aspiring journalists for your appointment." Jawneh also briefed Madam Badgie on the future plans of the association, prominent among them the forthcoming 1st anniversary of the association slated for .

According to YJAG leader, activities for the anniversary celebration will include a workshop on the Monday 15th at and the anniversary proper to be observed on the following day at Kanifing.

The workshop, he said, is in fulfilment of their mandate to build the capacities of young writers at and early stage to prepare them to become great journalists in the future.

Jawneh also delivered an invitation to the to serve as their chief guest of honour on the occasion of their anniversary celebration.

Ms.Isatou Bittaye, chairperson of the forthcoming anniversary logistics committee, thanked Madam Badgie for receiving them despite her busy schedule.

In response, the Secretary of State for Communication, Information and Information Technology Mrs. Fatim Badgie Janneh, applauded the young journalists for their initiative. She encouraged YJAG to establish a youth newspaper to focus on youth issues. She also suggested to the association to organise fundraising activities to boost their income. "As journalists always have facts," she advised. 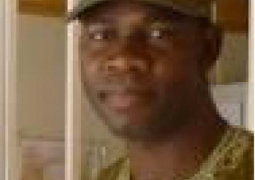