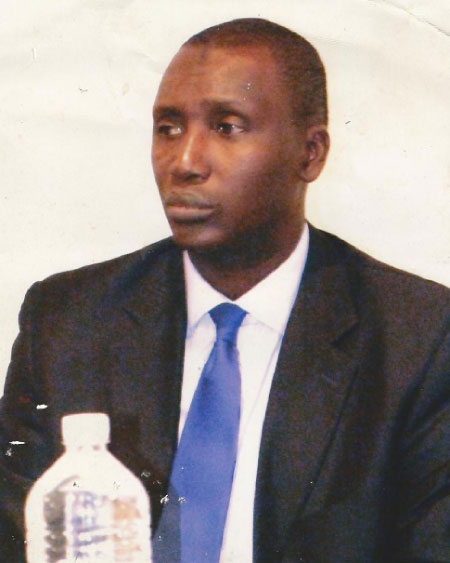 The World Bank on Friday presented the 2012 Jit Gill Memorial Award for Outstanding Public Service to Baboucarr Bouy, Permanent Secretary for the Ministry of Basic and Secondary Education of The Gambia.

“Mr. Bouy’s efforts to improve the quality of education in The Gambia are the perfect examples of good governance and public sector reform at work,” said Otaviano Canuto, World Bank Vice President for Poverty Reduction and Economic Management (PREM).

“Your leadership, commitment and integrity are essential to furthering development and poverty reduction.”

“Since 2004 and every other year, the public sector Government boards have recognized individuals whose public on civil service has had a significant impact on society and the public,” he explained.

The World Bank established the memorial award for Outstanding Public Service in 2004, following the death of the Bank staff Jit Gill, a dedicated leader in public sector governance and integrity.

In his acceptance speech presented during a ceremony at World Bank headquarters on the institution’s Public Sector Day, Bouy said, “I accept this award with great humility. As the first Gambian recipient, I want to encourage all my countrymen in the public service because it is not beyond their reach to have a second, third or even fourth Gambian winner. What it really takes is hard work, ingenuity, dedication and commitment to one’s duties.”

"Ultimately it is institutions and policies that determine a country's future, but also the personal dedication of the leaders, and Mr. Bouy exemplifies that," said Colin Bruce, Director of Strategy and Operations for the Africa Region of the World Bank.

The Gambian Permanent Secretary started working in the education sector in the 80s when he began as an unqualified teacher, having finalized his studies and risen up the ladder since then.

His achievements include finding solutions as a result of  analysis and evidence-based research; the introduction of a performance management system with standards for staff --from education officers to classroom teachers; conditional cash transfers to teachers of religious schools to allow their pupils to benefit from numeracy and literacy courses; strong emphasis on measuring learning with a focused attention on reading fluency; and creating a fund with his own savings together with his colleagues to assist poor families in need to send their children to school.

The recipients of the award, the result of nominations made by World Bank staff, are selected for having a sustained track record of public service; proven leadership and innovation that has enhanced public service effectiveness; demonstrated high standards of professional ethics; dedication and client orientation; and for having inspired and influenced public servants in promoting honesty, integrity and accountability in public service.

At a live presentation ceremony viewed at the World Bank country office in Cape Point, Bakau on Friday attended by the minister of Basic and Secondary Education, staff of the ministry, family members as well as friends, elated Bouy expressed gratitude and thanks to God for the award.

“I felt deeply honored and highly privileged as the winner of this prestigious award called the “Jit Gill Memorial Award for Outstanding Public Service” in memory of an individual who from the little I know about him symbolized the high degree of integrity and honesty in public service delivery,” PS Bouy said.

According to him, having been selected among many contenders, who by all indications are highly inspirational personalities in their own rights from their respective countries, makes me even more proud.

He acknowledged the important role the Government of The Gambia, in general, and the education sector personnel, particularly the senior management team of the Ministry of Basic and Secondary Education has played in making this day a reality not only for him, but also for the entire country.