Viviane Due In Town Today

The famous Senegalese female mbalax star, Viviane and her star-studded band are currently in the country to stage a series of earth-trembling musical concerts. Organised by the Gambia Ports Authority (GPA) for the Operation Promote Excellence in the Sciences (OPES), the three day-musical extravanganza is one of the major musical events pakaged to give mbalax music lovers a happy weekend.

Meanwhile, the Kairaba Beach Hotel is already in a festa mood as fans of Viviane brace up for the concert to be held there tonight. The Senegalese mbalax star will also be performing on Saturday and Sunday at the stately hall of the Independence Stadium lawn featuring some prominent Gambian artists.

Speaking to one of the organisers, Buba Njie, GPA's Senior Corporate Service Manager said the purpose of organising this event is to raise funds to support those students who are studing science in the junior, senior and tertiary institutions such as the university. He noted that there are limited engineers, doctors and other professions in science. He revealed that the fund raising program has since started three years ago.

"We have been sponsoring science students from the university and other two high schools in the country."

"We are sponsoring over 20 science students in the university," he said.

"In all the countries that has developed, being in Asia or , the contribution of engineers and technicians are very important," he added.

Mr. Njie revealed that the Gambia Ports Authority would do its best to produce its best in the Sciences by sponsoring as many students as possible. He added that this year's fund raising is yet another event is also organise to raise funds continue supporting the science students and also provide Science equipment to facilitate their learning process. He explained that the Gambia Ports Authority plays a significant role in the socio-economic development of the country.

"As a public institution, we want to contribute effectively towards the attainment of the development objectives as indicated in Vision 2020," concluded. 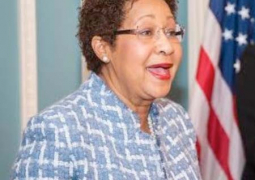 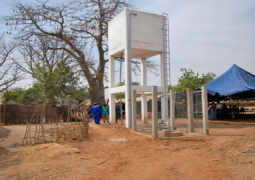