It has become clear that some of our commercial drivers are fond of taking advantage of their passengers.

At times a driver will take passengers from Tabokoto heading towards Banjul, telling them he is stopping at Westfield.

And upon arriving there, he would ask if they wanted to continue to Banjul. If that is so, then the passengers should pay another fare.

This is indeed unacceptable, and should not be tolerated. The police should take notice of this bad practice of our commercial drivers.

While it is true that some drivers care very much about their passengers, having realised that without them their work is fruitless, some unscrupulous elements are in the habit of playing double games to the detriment of the passengers.

Such drivers normally engage in cheating passengers when there is scarcity of vehicles, and a scramble for them on the highways.

During such periods, small taxis, for instance, plying between Banjul and Westfield, do ask for D10 up to D25.

This again is not fair to the passengers, since it is against the official transport tariff. We, therefore, urge the Gambia National Transport Control Association and concerned authorities to do something about this matter.

We have seen many a time, bad drivers quarrelling with passengers over the fare, when passengers feel that they have not been treated fairly. To such passengers, a vehicle departing from Tabokoto heading to Banjul should not make passengers pay two fares.

Authorities have to set an example, by taking some of these greedy drivers to court for violating the agreed transport tariff. Such a measure would prevent problems, such as quarrels in taxis.

Some drivers are also in the habit of taking passengers on long routes, which sometimes also lead to confrontation. For instance, a taxi that departs from Sabena Junction near Bakau New Town heading to Westfield should only go to Westfield direct, and not take any detours. It is all about customer satisfaction, or people having value for their money.

Another unfair treatment our commercial drivers subject the public is to ask for "town trip" when there is transport difficulty on the highways. This is again not fair, since not all passengers can afford to pay for that.

Our drivers should change their attitude, and be sincere to their passengers by telling them their final destination, so as to avoid any inconvenience and confrontation over payment of the fare.

"Money is only a tool. It will take you wherever you wish, but it will not replace you as the driver." 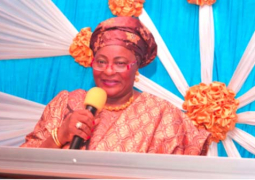