Leaders of the opposition United Democratic Party (UDP) and Gambia Moral Congress (GMC) alliance have highlighted what they called the ubiquitous presence of armed security personnel, senior local government officials such as regional governors, district chiefs and alkalolu, among others, as some of the reasons that cast an enormous doubt and imposed a pernicious influence on the just-concluded presidential election.

In a statement issued yesterday at a press conference held at UDP leader Ousainou Darboe’s residence at Kairaba Avenue, the UDP-GMC alliance said the processes leading towards the election were not free and fair, and that “the results of such a fundamentally flawed process cannot receive our endorsement.”

For the benefit of our readers, we reproduce below the full text of the UDP-GMC statement:

This Statement is a sequel to the Preliminary Statement issued by the UDP/GMC United Alliance in which we categorically rejected the results of the just concluded Presidential Election as announced by the Chairman of the Independent Electoral Commissions.

We strongly reiterate our stand that the results of the said elections were bogus and fraudulent, and constitute a naked theft of the will of the people through the back door. It shall not stand!!

The UDP/GMC United Alliance insists that the electoral and electioneering processes, including the campaigning dynamics have been intentionally skewed in favour of the APRC to the gross disadvantage of the Alliance. These include the ten-day campaign limitation period imposed by the IEC without any basis in law or in fact. The Elections Act makes no provision for limiting a campaign period to ten days. In previous presidential elections, although limited, the campaign period was way more than what was permitted this time. Any sincere election commission committed to the holding of a free and fair election would rather expand the campaign period than reduce it.

This unjustifiably crippling limitation was resisted by the Alliance at the material time before the conduct of the elections, but our concerns were rejected by the IEC without any justifications. Having been denied access to state media such as radio and television for the past five years, and having regard to the oppressive conditions under which the private media had to endure, the opposition was hardly heard during the pre-election period. In effect our stand is that the processes leading towards the elections were not free and fair. Therefore the results of such a fundamentally flawed process cannot receive our endorsement.

The ubiquitous presence of armed security, senior local government officials such as regional governors, district chiefs and Alkalolu and remorseless use of state resources cast enormous doubt and imposed a pernicious influence on the election. Threats were made, and intimidating messages were spread which had the pervasive effect of frightening voters. This was preceded by threats made by APRC Campaign Manager and Minister responsible for National Assembly Affairs that the ballot boxes and the biometric voter registration system were fitted with means of identifying those who voted against the APRC. Voters were warned during the campaign of consequences of voting against the APRC.

The elections itself on poling day was severely marred by fundamental irregularities. In many polling stations, our polling agents were refused by IEC and security officials from accompanying the ballot boxes to the various counting centers. In the entire URR constituting seven constituencies, this denial was applied in all counting centers at the URR. The act of denying our agents to accompany ballot boxes was intended to commit foul play by tampering with the boxes in favour of the APRC, without the possibility of detection in transit. For instance in Jedda Two and Marakisa in the Kombo Central Constituency, voting cards were actually found in ballot boxes, which indicate how insecure they were. To insert a voter’s card in a ballot box, one has to remove the cap itself, because the card cannot fit through the marble hole provided. This is proof positive that it was very easy to lift open the ballot boxes without tampering with the seals provided.

Our agents reported a pattern of simultaneous multiple token counting conducted at many counting centers across the country. In those instances, our agents were outnumbered and this made it possible for election officials in collusion with the APRC to compromise the integrity of the counting and collation processes. Tokens were removed from boxes in many of those centers, counted without the opportunity of verification accorded to our agents and certified by joint IEC/APRC counters.

In many of the counting centers, there were no proper lighting provided. In the case of St. Peter’s at Lamin, ballot boxes were indiscriminately scattered about in the court yard without adequate security, while the place itself was massively littered with APRC supporters and militants, and persons donned in security uniforms.

There has been widespread voting nationwide by uniformed persons, at polling stations where they were not registered. In Bakau Constituency, army officers led non-uniformed recruits who were not on any elections assignments to vote at polling centers across that constituency, even though they were not registered as voters in that particular constituency. The UDP led Alliance Candidate himself intervened and reported the matter to the Returning Officer for Kanifing Municipality who dismissively asserted that he was under instructions to allow them to vote. The Chairman of the IEC was personally informed but before the situation could be arrested, most of these personnel were already permitted by to vote, although they had no right to vote at those polling centers. This pattern was seriously repeated nation wide.

We are informed that police and military uniforms were indiscriminately given to persons who were not serving members of any security establishment and these persons participated in securing and conveying of ballot boxes, and were active at polling and counting centers nationwide.

There has been a mass influx of non-Gambian voters from outside The Gambia who were camped at various sites by the APRC at such places as the old Medical & Health Department in Banjul, Garba Jahumpa Upper Basic School in Banjul, Wadner Beach Hotel, the Brikama Community Center, the NYSS premises in Bakau, and other places within the West Coast Region and Kanifing Municipality. Gambian citizens would not be camped in such places, isolated from the rest of the public because every true Gambian citizen would have voted and returned to their family homes. Some of these places were disclosed to international observers, who went and verified for themselves.

The irregularities are fundamental and numerous. We are still in the process of evaluating more information and evidence from across the country.

Units of law enforcement personnel publicly displayed preference and bias for the ruling party during the campaigns. Credible information reaching us today lends veracity to this. Soldiers based at Lamin Koto conducted a so-called election victory celebrations at Jarumeh Koto, while contingents of the Police Intervention Unit went on a victory celebrations at Kerr Ousman Boye, threatening local residents for supporting the UDP-led Alliance.

Traditionally, election security and crowd control have been conducted by the Police Force in this country. But this time around, Gambians have been severely intimidated by the inexplicably heavy presence of the heavily armed soldiers in our streets, as if The Gambia was in a state of war. This had the intended effect of spreading and consolidating fear among the polity which specifically inured to the benefit of the incumbent against the Alliance. The flagrant violation of the principle of neutrality by the security forces is additional affirmation of the lack of a level playing field and a fundamentally flawed electoral process.

The radio and television coverage provided by GRTS to the UDP/GMC Alliance was heavily censored, edited, watered down to produce the lowest possible effect, while half of our campaign rallies across the country were not even featured or broadcasted. Commentaries on GRTS were largely derogatory of our progress, while the APRC was accorded in extremely favourable light.

The UDP/GMC United Alliance is proud of the patriotism demonstrated by Gambians across the country. The Alliance is very appreciative of the legendary hospitality accorded to it by Gambians along the campaign trail; those who hosted the Campaign, shared their resources with us, and gave us the best accommodation they could provide.

To Gambian voters, we thank you for voting in your strong numbers for the UDP/GMC United Alliance. We assure you that your votes shall not go in vain. Together we shall vigorously defend the people’s will, and together we shall not relent in this effort.

The UDP/GMC United Alliance is equally appreciative of the tremendous contributions of Gambians in diaspora, particularly those who have materially contributed towards the efforts in the campaigns. For the indomitable online Gambian press such as Maafanta.com, Freedom Newspaper, The Gambia Echo, Gainako Online Newspaper, Hello Gambia, Jollof News and others, we are proud of you, and your Nation is proud of you. Thank you for providing a veritable medium of expression for Gambians in such a manner denied to them in their own country. We assure you that we shall never give up on you, and we are confident that you shall not give up on us. Together, let us consolidate the partnership in the effort to enthrone genuine democratic plurality in our country, expand the democratic space, build a culture of tolerance and defeat those forces of oppression. Let us together continue to work harder to liberate our country. The struggle has just begun, and we must use every successive stage a new beginning in the overall struggle for comprehensive political change in our national governance infrastructure. 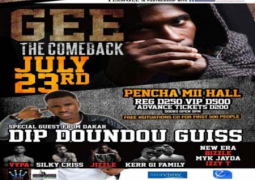 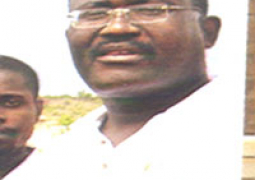