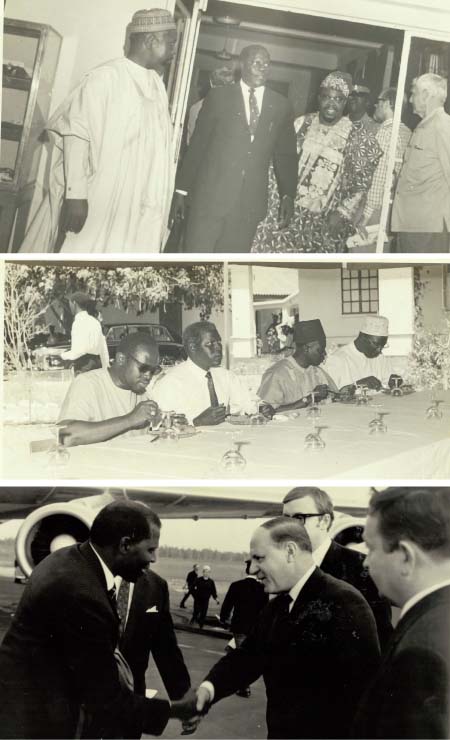 Recently, The Gambia lost one of the most illustrious sons in the former Gambian Vice President of the First Republic Alhaji Assan Musa Camara; he passed away on 15th September, 2013.

The late Assan Musa Camara was a great man and a role model to the entire country. He was born and raised in Basse Mansajang on April 21st, 1923.He was a perfect gentleman who lived a simple life. He was a lovely person and was fully dedicated to the entire family and to the country.

The world often refers to Nelson Mandela as “MADIBA”; we simply called Assan Musa “BABA”. BABA was a dad, an uncle, a grandfather, an icon and a mentor to all of us. During the last seven months, I was blessed to spend a lot of time with him and I regretted why I couldn’t do likewise over the past years. BABA was one of the kindest men I had ever known.

One word describes BABA: “perfectionist.” He was, in every sense of the word, in everything he did in life. Growing up in Basse Mansajang, BABA was a farmer, an educationist and later a self-made politician. He served the country in various capacities in the government of the first republic. He was vice president from 1972 to 1982.He served his constituency (Kantora) and the country with dedication and commitment. All his life, he was an open-minded, kind and caring individual, who was always willing to help people and to advocate peace.

BABA was always humble and would even address a baby as “SIR”.He was a principled person, never the one to do deals under the table. He was selfless, pious and kind. He believed in bringing people together and to help solve or mediate any problems. Earlier on as an educationist, he understood and believed that education was the key to success. He once told me that during his days as a teacher, he took it upon himself the responsibility to convince many families to enroll their children in school, and not to see Western education as a taboo. And once he convinced the families, he would then buy their kids uniforms, books, shoes and other supplies for their school enrollment. He informed me that some of those students he helped enroll in school have gone on to become productive citizens of the country.

Baba was someone you could always depend on and look up to. One thing for sure, he would always tell you the truth. Everybody loved him and he had no enemies. He had a stable and peaceful life. One thing I always remember about him is that he was always calm. He was not greedy and always shared with people. I recall one day seeing him carry a plastic bag filled with millet. I asked what it was for; and he simply told me to just watch him as he took the stairs to his room. Come to find out, Baba had a flock of birds that always kept him company. And he slowly fed the birds and told me that HUMAN BEINGS were very greedy, that we have occupied every space and taken everything from the other species. That was a touching moment, and to this day, I have learned to think and do likewise. It was a lesson well learned from BABA.

BABA always had a profound interest in politics and he would always share stories about his political career. He told us, in those days, they used bicycles on their political campaigns. He told us that he toured the entire Kantora district using his Raleigh bicycle and it was not an easy task.Even after he broke away from the former PPP ruling party, he still maintained the same cordial relationship with everybody including the former president Sir Dawda Kairaba Jawara, who actually visited him whilst he was sick lying in bed. Watching the two of them together, it was a beautiful, symbolic and a unique moment to behold!

From a religious standpoint, he was the chairman of the mosque by his house. He informed me that in the early 1970s, he built a mosque in Cassamance and to this day people are still using it. BABA was very humble; he would even address a baby as “SIR”. During occasions such as Ramadan, he would be the first to call and pray for everybody. He did not believe that as the family elder, he had to be called first before reciprocating. He would call everybody, family and friends.

BABA treated everybody equally. I remembered the days he used to call all of us to review our school reports. You dared not have a bad school report because BABA would chew you out whether you are related to him or not. He was a relentless, principled disciplinarian. Once he had his radar on you, forget it, you would have no way out. The gate at his compound used to be locked at 7pm and that was when he would release two of his natural bodyguards. That is, the two dogs Puppy and Ndeltepy. The meanest of the meanest, these two dogs would alert BABA if anyone was trying to sneak out of the compound. If you were late and not in by 7pm, forget it, you would spend the night somewhere and would have some explaining to day the following day.

During one of our last hospital visits with BABA before he travelled to Dakar, he showed us that he was still as instinct-smart as he had always been. It was around 10pm one night and he called me and requested that he wanted to see the doctor because he was not feeling well. Daughter Aisha Camara, son Yero Camara and I decided to take him to AfricMed. After his seeing the doctor, I was informed that BABA had to spend the night over. So I stepped outside to inform his children. In the meantime, BABA could be seen pacing back and forth in the yard. I informed Aisha and Yero the doctor’s decision; now, we had to figure out how to relay the message to BABA. As we huddled there discussing, BABA, all of a sudden, came and asked what was going on. We told him everything was fine and that we were just waiting for the doctor. He looked at us and said, ‘fellows, I am an old man and I can read and tell when something is not right.’ He then said, ‘if you are thinking of me spending the night here, please forget it, it’s not an option and I need to spend the night in my own bed.’ Then Aisha told him that he did not have a choice but to spend the night at the clinic. He then walked away, and after a short time, came back and asked me to drive him home. I was quiet and stunned.He said, ‘well, fellows, if you don’t take me home, I will go home later.’ Then Aisha asked him how he was going to go home. He looked at all of us and delivered what looked like a scolding message. He wondered if we had short memories, that he was once a vice president and a statesman and had taken critical decisions for his country. So if we left him at the clinic, he said he still knew know to get a taxi and how to get his way back home. This was humorous and we all laughed. The three of us looked at each other and gave up; we had lost the battle. After consulting with the doctor, he advised that we come back first thing in the morning. That was BABA at his usual best; if he believed in something he would stick to it. And we all learned from that experience.

I once witnessed BABA giving money to kids and he told me that whatever I gave him he would share with other people. He emphasized that it was important to always help one another and to make your fellow beings happy. To him, this should be done on a daily basis. BABA never believed in acquiring wealth; he believed in sharing and making sure that everybody gets a piece of the pie.

BABA was a great and dedicated family man; he loved his family dearly. Behind every great man, goes the old saying, there is always a great woman. Throughout his life, BABA was married to the same woman (Aunty Jibbel). She was always there for him; she was the source of his energy. She stuck with her husband, BABA, until his last breath. Aunty Jibbel never complained; in both happy and sad times, she showed the same face every day, never the one to change colors. Whenever you walked into the living room, they were always together. Their bond was inseparable.

The late Honorable Assan Musa Camara will be missed dearly not only by his family but by the entire country. He was loved by all; and he was a decent public figure for everyone to emulate. He was patriotic in every sense of the word because he continued to press young people on the need to love their country regardless of party affiliation, religion or tribe. He always conducted himself with dignity and poise.

The only thing that saddens me about BABA’s passing is that he never could unleash his full potential, particularly, for his country, The Gambia. Despite that, his contributions to our national development cannot be disputed and will remain permanent in the history books.

May his soul rest in peace. 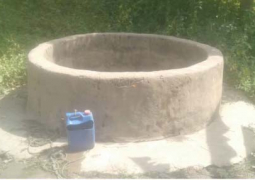