Ousman Kargbo, proofreader and business editor of The Point newspaper, has left for , , to attend an African Regional Meeting on the economic and political condition of .

Organised by the Accra Foundation for Intercultural Communication and Awareness (AFRICA), the two-week workshop will bring together representatives from several other countries in Africa and the diaspora, who will engage in intensive studies on the political, economic, social and cultural ramifications of Africa and the world.

While in the Western Region and other parts of , Kargbo and the other participants will engage in various programmes and interactions with students at various schools in , as well as take part in educational tour in honour of Osagyefo Kwame Nkrumah, whose birthday anniversary will be celebrated on 21 September 2011.

Before his departure, Kargbo said: “I thank God for the opportunity to be part of a meeting on such issues as the economic, political, social and cultural conditions of Africa, which need serious discussions and viable tactics and strategies of how to tackle them for the betterment of Africa.”

He also said: “I should thank The Point’s management, editors, reporters and other staff members for the love, support and encouragement they have always been showing and giving me. God shall continue to reward all of them. I will be back enhanced to make more contribution to the work at The Point.” 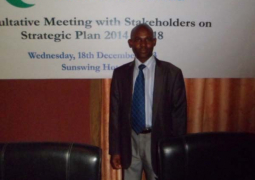 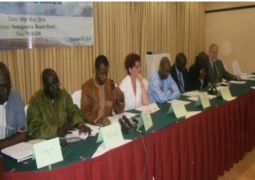