The use of cell phones seem to be mandatory devices for the modern age, as it gives us access to voice and data services in almost every parts of the world.

However, there is a downside effects to our dependence on them. Studies have found that chronic cell phone use may have a negative impact on long-term health, as the following information provides an overview of the effects of cell phone use on our lives.

There is a growing concern that increasing exposure to radio frequencies heightens the risk of cancer. The concern has become more pronounced as cell phones have become more common.

Cell phones may place us at greater risk because they are kept on our bodies. Health advocates warn that there may be a higher prevalence of brain cancer in the coming, due to increased exposure to cell phone radio frequencies.

Several studies have suggested a possible link between exposure to cell phone radiation and an increased risk of cancer in the nerve connecting the ear to the brain.

Cell phones also cause germs to be spread more easily because of the phone's close proximity to the mouth. Germs spread easily through the mouth through coughing, sneezing and breathing. Most cell phones are full of bacteria, because they are often used in unsanitary environments.

Cell phone use causes hundred of accidents per year, many of them fatal. Research has shown that talking on cell phones greatly reduces reaction time when driving.

Driving while scribbling text messages on the cell phones is an even greater concern, as it requires drivers to look away from the road. Even momentarily looking away from the road greatly increases the risk of accident.

Despite the varying research on cell phones and their impact on our overall health, it is important to exercise caution when using a cell phone. Hands-free devices are an alternative to frequency waves, although bluetooths will prove counterproductive.

Cell phones should be sterilised on a daily basis to reduce the spread of germs and bacteria.

Curtailing cell phone use while driving will greatly reduce the risk of accident.

Parents should limit children's use of cell phones.

Another negative impact that cell phone use has caused in our modern generation is that it has gone to a way in damaging several relationships, especially marriages and other social or intimate relationships.

Text messages sent to a husband or a wife that carries love messages tend to bring distrust quarrels or even seperation between loved ones, even though sometimes the message may be mistakenly sent to the recepient. But the fundamental issue that needs to be asked, is should husbands and wives get into phones of each other to the extend of reading what someone has sent or called you through mobile phones. 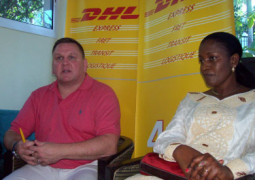 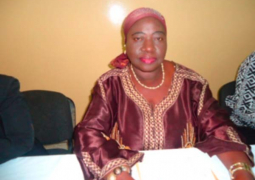