President Yahya Jammeh and the Emir of Qatar have signed two agreements on avoidance of double taxation and prevention of fiscal evasion on income and air services between The Gambia and Qatar.

These agreements were signed recently when President Jammeh, accompanied by a delegation to the Gulf state of Qatar, discussed various ways to strengthen economic ties between the two sides.

For President Jammeh, the visit is the “most positive trip” he has made to Qatar because of the “strategic projects” discussed, which include Vision 2016 and development of a second airport in The Gambia.

Indeed, the trip could be said to be most fruitful mainly because of the tax avoidance agreement signed.

This is so because of the magnitude of the crime and its implications for the economic development of the country and that of the world as a whole.

In today’s complex economy, tax avoidance can take many forms such as forgery, credit card fraud, embezzlement and money laundering.

It typically involves some form of deceit, subterfuge or the abuse of a position of trust, which distinguishes them from common theft or robbery.

Tax avoidance is highly complex and deeply entrenched practice that has flourished over the past decades with devastating impact, but barely made it into the news headlines.

A report by ActionAid International stated that illicit financial flows (IFF) deprive Africa of billions of dollars each year, more than is received in overseas development aid or foreign direct investment combined.

Up to two-thirds of these illicit movements of transactions involve multinationals evading or avoiding tax.

According to M.J., a prolific writer for New African magazine, Africa lost up to $1.8 trillion between 1970 and 2008 due to illicit financial flows. It is one of the biggest challenges facing Africa today.

“The great wealth of Africa is being lost and squandered, day by day, week by week, year by year, by the failure of governments to manage their resources competently and the greed of ruthless and predatory companies that exploit this weakness,” Mr Morgan argues.

“It is not a case of blaming the governments or the companies – they are both complicit – but, too frequently, African governments do not have competencies equal to the companies that have huge legal resources to draw up agreements.”

He added: “To get to know the real scale and importance of this issue, which may seem arcane, it is pertinent to point out that an estimated 60 to 70% of all global trade is internal to multinational corporations.

“This figure takes on even more importance if juxtaposed with figures showing the size of the global economy to be $60 trillion in total, of which $21 trillion is hidden offshore ($9 trillion of the $21 trillion comes from developing countries), and an estimated $854 billion (some authorities quote it as much as $1.8 trillion) was lost to Africa between 1970 and 2008 due to capital flight.

In this respect, and going by the facts we discovered, it is but right and timely that President Jammeh has signed such a deal with a nation like Qatar.

All countries are fighting against tax avoidance, especially for those that have caught the bug. Last month, our Gambian diplomats in the UK were sued and are being tried in the UK for avoiding paying tax on cigarettes they said they were importing into that country for personal use.

So we think President Jammeh has taken one step ahead in finding a solution to tax avoidance in Gambia.

“Rather fail with honor than succeed by fraud.” 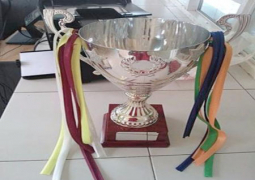 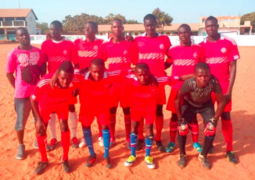