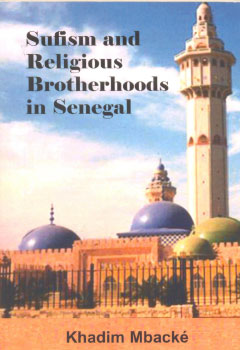 Even to the keenest of observers, the multitudes of Islamic sects or brotherhoods in Senegal can appear too complex to fully comprehend. The Tijan, Mouride, being the two main ones; however, the Tijan are sub divided into Niassene, Qadir, Layenne, Syenne and others. Khadim Mbacke's book is therefore a handy encyclopedia, despite its slim size, on the formation, nature, leadership and socio-political impact of the brotherhoods in Senegal.

Chapter one deals with the origins of Sufism, which encompasses the Senegal brotherhoods. Here the author traces the history of the originator of Sufism in the 6th century Abd al-Qadir al-Jilani who died in AD 1166. He gave his name to the Qadiriya sect, one of the main Islamic brotherhoods in Senegal (p.15). The author maintains that the diffusion of this sect started in Senegal in the late 18th century as a result of the activities of itinerant preachers like Muhtar Al Kunti.

In Chapter three and four, the author traces the origins of the Tijaniya sect and delves into its numerous offshoots such as the Niassene of  Sheikh Abdullahi Niasse, the Sy of Tvavoune  of Alhaji Malik Sy, the Tallen of Alhaji Sheikh Omar Tall, amongst others. With an experts touch, the author dissects how these sects interact with each other.

Chapter 5 is on the largest and most influential Mouride sect, p.45, of Mam Bamba Mbacke of Touba. He was born in 1853 and died in 1927. He was both a religious leader and anti-colonial resistant leader. His sect became noted for hard work, piety and fierce loyalty to their caliphs or seringe. On page 64, the author discusses the colourful and controversial Mouride sub-sect called the baay faale, who appear in dread locks and are seen as the shock troops of the sect.

This book gives a singular insight into the role of the Islamic sects in Senegal. It is highly recommended. 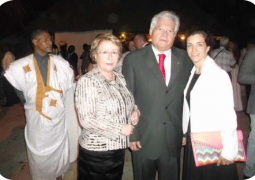