Under cross-examination, Sheikh Omar Bah told the court he did not know the soldier he handed the cars to.

He went to Sabally’s house in the morning before 12 noon, but he could not remember the exact time, date, day or week; but it was in 2014.

He said when they were in the accused person’s house, he was the first to speak and introduce Sulayman Jatta and Assan Ndoye to Sabally.

One of them then talked to Sabally about the cars brought for sale and that it was Assan Ndoye who brought the cars to sell to the President.

The witness added that Sabally later inspected the cars, and on the following day they took the cars to Banjul.

The witness said he did not know if it was usual for someone to sell a car and not attach a price to it, adding that the cars were for sale to the President, and not for donation, as stated by Assan Ndoye.

Momodou Sabally is being tried under an eight-count charge of economic crimes, negligence, abuse of office, and giving false information. 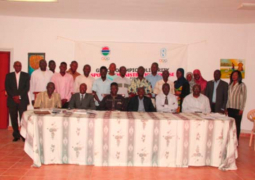