On the seventh anniversary of the gruesome murder of a beloved friend Deyda Hydara, heads of The Gambia’s various media houses and colleagues in the media have expressed concern about the slow pace of developments regarding the matter, and urged that more should be done to bring the culprit(s) to book.

Dobson Street
in , Deyda Hydara was gunned down by unknown assassins on the night of the thirteenth anniversary of The Point newspaper.

Pap Saine, Co-publisher and Managing Director of The Point Newspaper

We still remember the late Deyda Hydara as a role model in the field of journalism in this country and around the world. He was committed to his job. He was an icon in the quest to achieve press freedom.

The death of Deyda Hydara is a big loss not only to his family, but also to the media fraternity and journalists all over the world, because he was a mentor and a martyr of press freedom.

We will continue his legacy because his death should and will never go in vain, as he was always defending and giving a voice to the voiceless in performing his noble duties as a journalist.

Hydara was a generous man who had helped many young people in their social lives, and has contributed immensely in the development of the media in this country, particularly when he was the president of the Gambia Press Union.

I would like to appeal once again on behalf of the Hydara family, the management and staff of The Point and Gambian journalists in general that the authorities revive the investigation into the killing of Deyda Hydara.

This will, no doubt, help a great deal, as it will clear any suspicion or doubts about the untimely death of Deyda Hydara, and will further enhance the image of the country, especially at the international level.

We pray to the Almighty God day and night for justice to be done, so that the culprits are brought to justice. Immediately after Hydara was murdered, we suggested to the authorities to invite independent investigators, as this we believe and continue to believe will clear any doubts or suspicions surrounding the circumstances of his murder.

I therefore use the occasion marking the seventh anniversary of Hydara’s murder, and the 20th anniversary of The Point newspaper, to reemphasize that we will continue the struggle to promote the legacy of the late Deyda Hydra, which is to promote freedom of the press and give a voice to voiceless people.

On behalf of my partner, Mrs. Maria Hydara, and on my own behalf we wish to thank our readers, subscribers, advertisers and more importantly our dynamic staff for the hard work despite the challenges.

First of all, I must extend my condolence to the family of the late Deyda Hydara, because this day is a sad day for them for their father to leave home healthy and never to be seen again all of a sudden, that is difficult to carry.

Deyda Hydara’s death is not only a great loss to his family, but to the media fraternity as well. This day, that is, 16th December marks a significant event in The Gambia, as far as freedom of the media is concern.

Here is somebody who stood for press freedom; who because he was writing what he believes to be the truth was murdered in cold blood.

The media practitioners are given the responsibilities by section 207 of the Constitution to hold the government accountable to the people.

So while doing our work, it is the responsibility of the government to ensure our protection and security.

If it happens that somebody was killed as Deyda Hydara was, then it falls on the government to take all measures within their means to ensure that the culprits are brought to book.

It has been 7 years now since the death of Deyda Hydara, and there is no clue about his death from the side of the government or at least no public statement on his murderers, and this is why friends of the media cannot help but to continue to ask: Who Killed Deyda Hydara?

I called on the government to do something about it or to invite foreign experts or independent investigators from a body like UN to find out who killed Deyda Hydara?

If this is done, there would be no need for family members to go to the ECOWAS court.

Let me say that our prayers continue to go to Deyda Hydara, who was an icon, an inspiration and a perfect gentleman for us the journalists and managers of newspapers in this country.

Like they say, good people never die, and this has been proven right. He is gone for some years, but his memories are still fresh in the hearts of not only those who are journalists, but also to other people.

Having said that, I want to say that the challenge to preserve his legacy lies on those of us who are journalists; it is our moral duty to make sure that Deyda does not die twice,, and the only way to do that is to be united and to be professionals and to keep the flag flying high.

My position about the whole thing is that it is still disappointing that the government has not come out with anything concrete about the findings of the circumstances of the mysterious killing of our colleague.

After seven solid years, our status of press freedom in this country can only be improved from the bottom of the ladder if the government addresses such atrocities, as they affect a human being and Gambian for that matter.

I call upon the government, since it is empowered by the constitution of the land to protect us, to come out with evidence so that this chapter or question of, “Who killed Deyda Hydara?” can be closed as soon as possible.

I will like to first of all commend the Gambia Press Union and the management and staff of The Point newspaper for their drive in reminding Gambians about the assassination of the late Deyda Hydara.

We will not rest until the Government of the comes up with the culprits who killed Deyda Hydara.

The first Government report on the murder of Deyda in 2005 blaming the deceased for his own death is totally unacceptable, and we continue to call on them to produce or allow us to come with our own international investigators.

The bill for investigators like the Interpol or the MI5 in can be paid by the media fraternity in this country to get a proper investigation into the death of Deyda Hydara.

Journalists in this country are partners in development, and we want to be seen as such.

This day will remain the saddest day in my life; it is a wound in my heart that can never be cured.

Witnessing Deyda’s assassination by heartless human beings, and also to be a victim of that inhuman act suffering from bullet wounds on my knee, which I am still curing; such a day has a great impact in my life.

Deyda was a great man, who spoke for the voiceless. He always shared what he had with the people.

I will never forget him, and I will always pray for him. May his soul rest in perfect peace. May Allah the Almighty reward the good deeds he did for his family.

We also hope and pray that such incidents will never again happen in our beloved country.

Meanwhile, this paper has reliably learnt that a case has been filed at the ECOWAS court regarding the killing of Deyda Hydara, by the children of Deyda Hydara and IFJ-Africa against the Government of The Gambia. 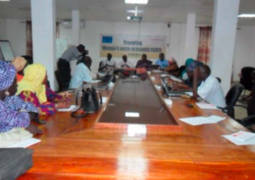 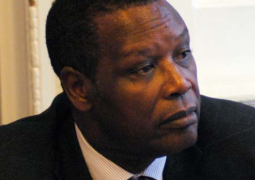