As part of their continuous support to the development of education in the country, the government of Taiwan last Thursday presented a cheque for US$700,000 to The Gambia.

The money, which forms part of ROC's annual contribution to the President's Empowerment of Girls Education Project (PEGEP), was received by the Secretary-General and Head of the Civil Service, Dr. Njogou Bah, at State House in Banjul.

In presenting the cheque on behalf of his government, the Head of Taiwanese diplomacy in Banjul, H.E Ambassador Richard Shih expressed delight at the gesture.

He described the presentation of the cheque to the project as very important, considering the significance of education.

Ambassador Shih described the two countries as brothers and sisters, stressing that Taiwan is happy to be a partner to The Gambia's development initiative.

The Taiwanese emissary used the occasion to inform the Secretary-General and Head of the Civil Service that currently a lot of Gambian students are pursuing higher education in Taiwan, and that more will soon join them.

The Taiwanese Ambassador described PEGEP as very important and successful initiative, thus acknowledging the impact made by the project in the country's education system.

He also underscored the importance of the education sector in the overall socio-economic development of any country.

In receiving the cheque, SG Bah, commended the government and people of Taiwan through Ambassador Shih for what he described as "timely and important gesture." He further described the gesture as another demonstration of true friendship that exists between the two countries.

He lauded the initiative of PEGEP which has since its inception been sponsoring young girls in education.

Ambassador Shih was then led to State House by his deputy Mr. Herman Chui. 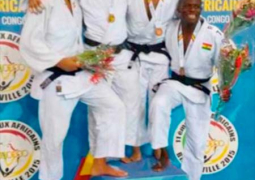 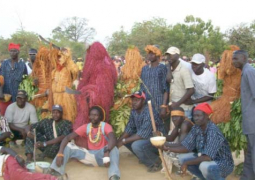