Countinuing his testimony in the ongoing trial involving two former lecturers namely, Lamin B.T. Sanyang and Ablie Baldeh, Dr Alieu Badara Senghorr, principal of the  College, has revealed the circumstances leading to the termination of services of the accused persons from the said college.

In  his testimony yesterday before Magistrate Lamin George of the Banjul Magistrates' Court, Mr Senghorr told the court that he had indicated in his letter sent to the 1st accused Lamin BT Sanyang that he his going to stop his teaching allowance and forward the matter to the college council for appropriate action. He said another incident regarding Mr Sanyang is the article he wrote in one of the national newspaper discussing issues of concern to the college and to the Department of State for Education. " I wrote to him that as a civil servant he should not write directly to the media without clearance from his head of department and was warned to desist from such practise,"  he stated. He added that he received a complaint from the head of reporting a certain member of staff of lack of co-operation and dalliance in submission of questions for examination, stating that during that same examination period a case of examination leakage was reported to him. " I set up an investigation committee, headed by the then vice principal, to investigate examination leakage and the whole examination process," he adduced.

Further testifying Mr Senghorr told the court that in a committee report they indicated that the accused persons together with one Mr Omaga are very un co-operative and disruptive during  the examination process. He said the committee recommended that they be warned and advised to improve their behaviour and conduct and were written to with sternd warning. He adduced that he continued to receive complaints from the head of about late submission of marks by Mr Sanyang, adducing that he reported all these transgressions to the chairman of The Gambia College Council. He said he was also instructed to write to the chairperson of sub-committee on discipline and he complied all the correpondence between the college administration and Mr. Sanyang. It will be recalled that the accused persons were alleged to have written to the office of the president of alleged malpractice's conducted by both the Principal of The Gambia College and Head of School of Education and the unlawful termination their services at the college. 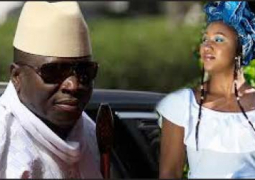