The Office of the Inspector General of Police has issued a notice calling on vehicle owners to renew their vehicle licences on or before Sunday 15 March 2020.

It is timely that we bring to the notice of the police high command that the number of road accidents on our roads is alarming. Some of these serious accidents are avoidable. However, we cannot discount the fact that many of these are caused by a lack of road discipline.

As human we are all susceptible to making mistakes, but some of these accidents could have been avoided had we followed every traffic rule as responsible drivers.  It is quite evident that despite the constant reminders and warnings of the police, there are still drivers who refuse to follow traffic rules and regulations.

We know that individuals applying for driver’s licences usually undergo driving competence interview and testing before the issuance of the licence. We call on the police to put in place stringent measures especially those acquiring driving licence to curtail the number of avoidable accidents on our roads.

It is not a hidden secret that the surge in the number of accidents on our roads is largely attributed to the reckless attitude of some drivers, some of whom are unfit to hold our driving license.

As a matter of fact, a driver’s licence shouldn’t be viewed as a right, a privilege, or even a benefit, but as a document issued for public safety. Our driving licence exists to demonstrate one thing: that the holder is fit to drive on the state’s public roads.

We call on drivers to be more vigilant when plying our roads. Drivers should always bear in mind that road safety is very easy. We all just have to follow the traffic rules and be disciplined and responsible drivers.

Remember that the live you save may be your own!

“ Precaution is better than cure.” 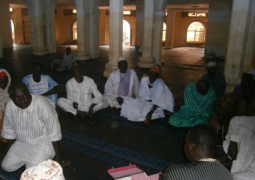