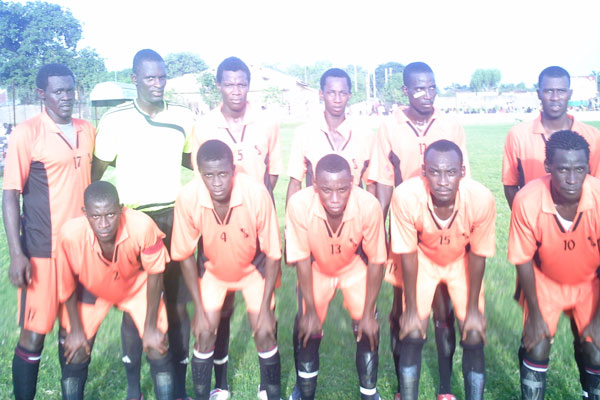 Rangers F.C are no doubt the dominant force in this years Nawettan football in Serrekunda East. Rangers F.C last Sunday maintained a glaring performance that saw them clinch the knockout trophy a fortnight ago. Last Sunday Rangers F.C won the double by beating their fiercest rivals Culture F.C 1-0 in the 2008 league final at Serrekunda Mini Stadium.

The mouth-watering final showcased some exciting and brilliant football from both teams. The game, was played in a manner which saw many goal scoring chances but to the dismay of the spectators much of the chances went a begging.

The lone goal that decided the final came in the 38thminute of the first half through Ebrima Jatta of Rangers. Culture F.C put up a strong challenge to level the score but Ebrima Jatta's 38thminute goal remained.

Speaking to Pointsports, the head coach of Rangers F.C, Mr, Adama Mbaye, revealed that his boys were deserving winners of both the knockout and the league considering the performances they put in.

Coach Mbaye was full of thanks to his fans and the Serrekunda East Sport Committee for their tremendous work in promoting sport in their community.

The head coach of Culture F.C, Abdoulie Colley, said despite his side loss to Rangers, he is impressed with his young starlets and is confident about the future for his team

The president of the Serekunda Sports Organising Committee, Mr. Kujabi, hailed the teams and their fans for having maintained discipline throughout the Nawettan season. Without discipline, Mr. Kujabi said, it would be difficult to achieve anything meaningful.

As the champions, Rangers F.C received a trophy and cash prize of D15, 000 while the runners up Culture F.C received D10, 000 as a consolation prize.