The conference brought together different Qadiriyya individuals from all over the world with Dr. Umar al-Faruq Abdallah from Chicago-United States of America as guest speaker.

Addressing the gathering, Dr al-Faruq said marriage establishes and guards the ultimate needs and benefits of human beings on earth and in the hereafter, saying the important Sunna of marriage is based on the reality of pairs and pairings that run throughout Allah’s creation.

“It is only in the Sunna of marriage that each of the two pairs—male and female—in their mutual belief in Allah, can meet the needs of each other, become sound and attain to human perfection both in and outwardly.”

Dr al-Faruq said marriage is not only the most important foundation of the religion but also ranks among the essential elements of civilisation.

“Allah has magnified marriage and made it one of the cosmic signs of his glory in the heavens and the earth. The indispensable Sunna of the entire framework of a successful society is based on marriage,” he said.

According to him, marriage is not just the purpose of having children but for the cultivation of love and mercy. He added that it is a means by which husbands and wives encounter Allah’s eternal love and mercy for the love and mercy they have for each other.

“And among his signs is that He (Allah) created spouses for you from among yourselves, that perhaps you might find rest in them and He established affection and mercy between you. Truly, in that there are signs for people who reflect,” Dr al Faruq quoted from the Holy Qur’an –the Byzantines, 30:21.

He also told the gathering that marriage is a cosmic sign of Allah and a supreme spiritual good in itself, but the Sunna of marriage will surely fail to achieve this purpose unless husbands and wives strive to practice and perfect their highest moral qualities as believers in Allah, seeking his pleasure.

Sheriff Mohamed Hydara, the guide and chairperson of the Qadiriyya Association in The Gambia said Allah wants ‘us’ to worship Him, adding that every soul that tastes life must taste death. He urged all to take the lessons learned seriously so as to benefit from them.

The Qadiriyya association is a non-political, charitable organisation with a vision to promote and revive the Sunnah and teachings of the prophet Muhammad and to look at the acrimonious divisions emerging at an unprecedented rate under the guise of religion. 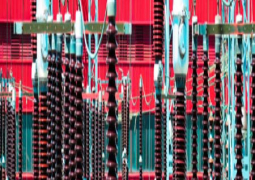