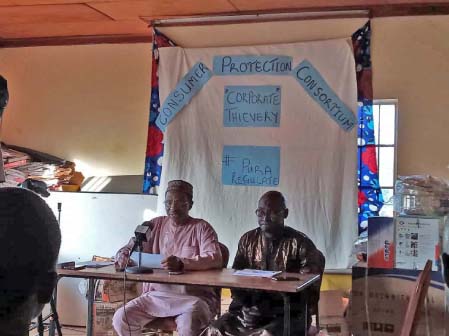 Addressing news men and women at YMC in Kanifing along MDI Road, Alpha O Jallow, CPC’s President said: “the event is spurred by the current 4G bundle saga surrounding AFRICEL. The CPC is cognisant of PURA’s resolve to safeguard consumer rights and welfare relating to utilities and appreciates PURA’s directive for Africell to “process mandatory “cash” refunds to all subscribers that subscribed to the unlimited data package” from the 1st January 2020 up to February 11th 2020. Alternatively, affected subscribers can also opt for e -refunds. These refunds are to be done in full”.    However, he voiced CPC’s concern that PURA took a unilateral decision to institute the remedial measures without due consultation and mutual agreement with the affected parties, the consumers and consumer associations.

“Prior to this recent Africell Saga, the CPC wrote initial communiqués and met with Africell management  to discuss  pertinent issues raised by           consumers regarding Africell’s  placement of false and misleading advertisements  (using Bill Boards, Radio, Television and Print Media) claiming that they have a nationwide 4G coverage when actually that was not the case.”  “It was further disclosed by Mr. Ansumana Sanneh former Director General of Gambia’s Public Utility Regulatory Authority (PURA) that “after investigations PURA has discovered that there was no GSM operator with 4G network and that only 3G and 2G networks were available, saying that is why many parts of the country find it difficult in getting a reliable network

“He specifically mentioned Africell and Qcell, adding that they had told Africell to stop all activities suggesting that they have nationwide 4G coverage because they do not have the international 4G standard,”  Mr. Jallow told the media“Letters were copied to PURA for notification and to solicit their intervention (in furtherance of due process)  to  facilitate a meeting  and dialogue to amicably resolve the  issues raised during consumer parliaments and specific ones highlighted in the CPC communiqués. The CPC did not receive any response from either PURA nor the service providers.”Moving forward, CPC President called on PURA to facilitate a consultative meeting of relevant stakeholders, to address “corporate thievery” and explore possible areas of collaboration to help safeguard the interests and rights of consumers in the interest of public health, safety, quality, corporate ethics and the law.

CPC has also identified potential areas of concern that would require the collaboration of PURA to promote consumer rights education and help remedy other unfair trade practices through: Sensitization of consumers on consumer rights and responsibilities sensitization of service providers on corporate social responsibility and Advocacy for adherence to the Consumer Protection Act 2014;  Collaboration in the area of capacity building, research, monitoring and sharing of relevant information with consumers, service providers and other stakeholders as well as adoption and promulgation of good policies and practices in line with the provisions of the Consumer Protection Act

Meanwhile, Momodou L Jaiteh, CPC Secretary General for his part says: “It has come to our notice that Africell has been using its financial muscle to bully and intimidate Gambian media by expressing to them – hey guys if you write or broadcast against our company, we will not give you advertisement or money. This is wrong and too much for us and it has to stop.” “Africell has attempted to somewhat muzzle the press. This is not right and should be fought against. CPC believes that all those who care about truth, human rights, fairplay will surely join us in our crusade against wrong doing and market injustice,” Mr. Jaiteh emphasized.

‘The Gambia is still Ebola free’ 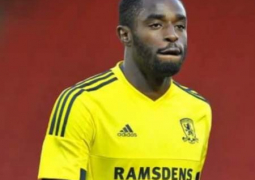