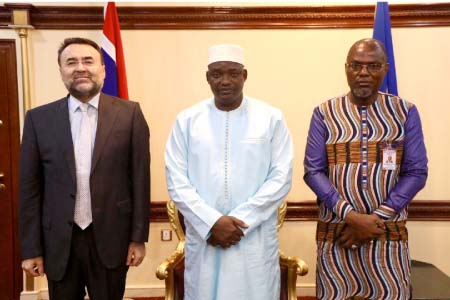 His Excellency, President Adama Barrow on Wednesday  11th December 2019 bade farewell to the Turkish Ambassador to The Gambia, His Excellency, Mr. Ismail Sefa Yuceer. After serving his government in The Gambia for the past three years, Ambassador Yuceer’s tour of duty has come to an end.

President Barrow described Ambassador Yuceer as a “good friend” of The Gambia. The president said he was satisfied that the ambassador was bequeathing a strong state of ties between the two countries.

“Turkey has been a true brother to The Gambia and I am delighted that our fraternal relations will be further strengthened with the planned visit of the Turkish President to The Gambia in 2020,” President

Barrow said, highlighting the various high-level visits he and his government officials undertook to the Republic of Turkey in the past three years.

For Ambassador Yuceer, The Gambia in many respects will have a special place in his career. He witnessed the political change and the transition process that ensued just within weeks of arrival in The Gambia.

“It was very teaching for any person, especially a diplomat to witness this development. The Gambia set a precedent for a peaceful and smooth change of government not only for Africa but also for the rest of the world. This is something that other countries can benefit from as a good example,” he said after an audience with the President.

To the diplomat, Turkish-Gambia relations have always been very productive and have further been solidified, diversified, and more fruitful under the Barrow administration. Currently, the relations cover areas like education, health, logistical support, security, defense, among others. 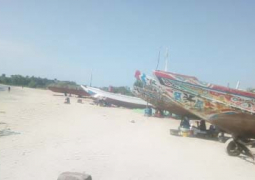