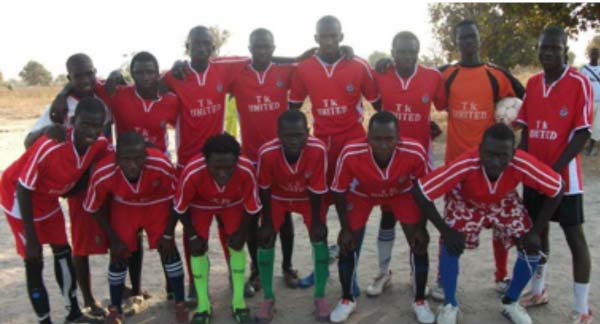 Eight teams (four senior and four junior) will be battling it out in the competition organised by the management of Mansa Wally Football Academy, a budding football academy in Sittanunku.

Each of the teams has a junior team that will also be participating in the league.  Real de Sittanunku and Bayern will start the league on Friday.

The chairman of the organising committee, Lamin Sillah, said they have no sponsor as at now.

However, he added that the sponsors of Mansa Wally Academy have given them football materials, not money, to support some logistics.

Mr Sillah said Sittanunku is one of the most developing villages in Upper Niumi in terms of football.

“So it is good if some organisations and institutions that are interested in supporting and developing grassroots football would consider Sittanunku,” he said.

The chairman also called on the Gambia Football Federation to stretch its tentacles to the provinces in scouting out players, as there are raw talents that could be spotted for the national or divisional teams.

Previous:
Countdown to 2016 elections
Next:
First Lady celebrates In’t Day of Persons with Disabilities with schoolchildren