Members of the National Assembly on Tuesday deliberated on the amended Appropriation Bill 2010 presented by the Minister of Finance and Economic Affairs, Abdou Colley.

The bill provides for recurrent and development expenditure in 2010 by 29 public entities amounting to over D3.7 billion out of the authorized consolidated revenue fund.

The entities include the Office of the President, National Assembly Services, Judiciary, Independent Electoral Commission, Public Service Commission, National Audit Office, Office of the Ombudsman and all the 19 central government ministries, as well as for miscellaneous expenditures, pensions and gratuities.

Sidia Jatta the member for Wuli West in contributing to the debate on the bill said proper care must be given to the use of these monies allocated.

According to him, in the today's world one needs proper management of finances in order to bring about a stable and booming economy.

He spoke of his concern on the need to boost the country's economy into one capable of generating revenue, creating employment and diversifying sources of revenue without necessarily relying on taxation. This does not mean that he is against taxation, he added, but said "an economy based on taxation cannot and will never bring about development."

Mr. Jatta stressed the need for investment in the productive sectors to help enhance revenue generation, and for employment creation and sustainable development without relying too much on taxation particularly, he said, in situations where employment and salaries are very low.

Fabakary Tombong Jatta, the Majority Leader and member for Serekunda East, called for collective collaboration in utilising these monies in the interest of all Gambians.

"To monitor and control our finance is a collective responsibility, especially those in the finance sector," he declared.

"As a nation, we must broaden our revenue base to collect extra revenue. There are people making millions and are not paying tax. So there is the need to broaden the tax net, so that we can generate more revenue," he concluded. 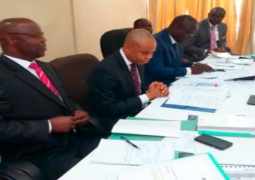 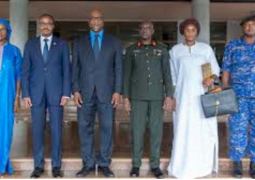