Namibia's coach Tom Saintfiet recently unveiled a provisional 29-member team ahead of the Brave Warriors' 2012 Orange African Cup of Nations Group F qualifier away to The Gambia next month.

Veteran midfielder Collin Benjamin of German Bundesliga side Hamburg will lead a list of seven foreign-based players in the team.

The Belgium-born trainer told Cafonline from Windhoek on Wednesday that Namibia will enter in camp today Monday, August 23rd, in the Namibian Capital at the Safari Hotel.

Saintfeit said he was not taking The Gambia lightly, despite both teams lower standings on the FIFA rankings.

"The game against Gambia isn't easy, they are 103 on the world and we are 115 at the moment," Saintfiet told Cafonline.

"They have more than 25 professionals abroad who play for good clubs in Europe and USA. Many play in Scandinavia, who are now in the middle of the league, they will be top-fit and have game time. My concern is that most of my players aren't fit and have for sure no game time. The Namibian league is four months off and clubs started only last week with training and have not yet played any friendlies.

"With the Brave Warriors we played our last full squad game on March 4th in Durban, against South Africa in a 1-1 draw, after that I didn't have my team together."

Other teams in Group F are Burkina Faso and Mauritania. 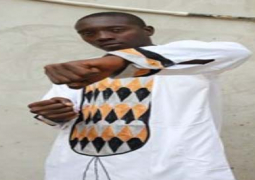