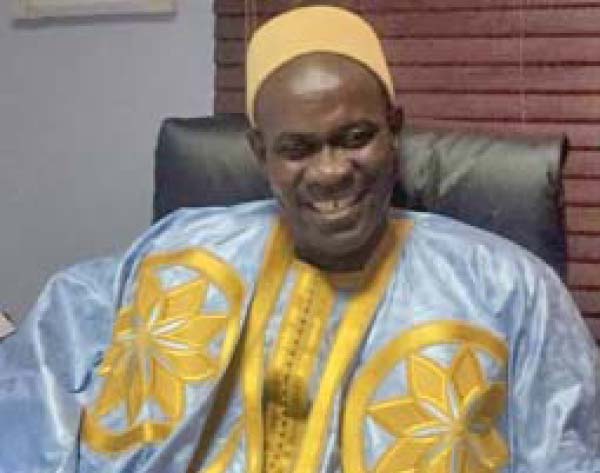 Not much is known about the organisation’s benevolence, but MGI Mobicell Foundation has been positively touching the lives of many Gambians through its support to education, health, sports, disaster relief and women empowerment.

The foundation is formed by two different entities; MGI, an international gateway company, and Mobicell, a renowned ICT company.

The two companies have been working together and collaborating on different projects and they used to individually extend helping hands to people and societies in need.  They eventually formed MGI Mobicell Foundation out of the mutual desire to help humanity in different areas.

“The foundation is all about helping people,” said Jerreh Ceesay, chairman of MGI Mobicell Foundation, adding that one of the main partners of the foundation is MGI in Switzerland.  The foundation has offices in Guinea Bissau, Chad and South Sudan all under the supervision of the Gambia office.

Even though MGI Mobicell has not been barking or trumpeting its support like some big-noise, little-impact organisations, it has been positively touching the lives of several people in different facets of live since registration.

Mr Ceesay said presently, the foundation is sponsoring about 100 students at the University of The Gambia and the Management Development Institute.

Not only do they support tertiary education in The Gambia, but it also sponsors Gambian students for studies in universities around the world.  The foundation is also currently supporting Gambian students in Ghana, Germany and Canada, university.

“Presently, we are preparing the overseas trip of one girl who we are sending to a university in Malaysia,” the chairman of the foundation said.  “Our sponsorship is not limited to any particular field of studies; it is opened to both males and females.”

MGI Mobicell Foundation also supports primary and secondary education, in addition to the support being offered to the tertiary education.

“Right now, we are supporting more than 200 students in primary and secondary schools,” Mr Ceesay said, adding that they have a football academy, Sanchaba Sulay Jobe Football Academy, which has 75 kids and all of them on the sponsorship of the foundation.

The foundation is also the main sponsor of the senior national football team, the Scorpions.  The foundation is specifically in charge of the salary of the teach coach and do offer financial support for the operations of the team.

In the area of health, MGI Mobicell Foundation supports the treatment of patients both in and out of The Gambia.

“We have been sponsoring people to Dakar for medical treatment,” Mr Ceesay said while disclosing that the foundation is currently working on sponsoring the hospital in Banjul.

“We are working on bringing medicines and medical specialists from Europe to come and work with the Gambian doctors here and we are collaborating with the MGI in Switzerland in this,” he said.

“We will bring specialists in areas that we don’t have here and they will come with their materials to all the treatments and in the process teach the Gambian doctors and when they going back, they would leave the materials here.”

“We have already written to the Ministry of Health and we are awaiting their response on this.”

In the summer, the generosity of MGI Mobicell Foundation is felt in the air.  Mr Ceesay said even before the rainy season, the foundation gives support to people preparing their houses against any potential disaster in the rainy season which could be due to the wind or rain.

“We have helped so many people to buy corrugate before the summer, and before the rains come finally, we are working on having a disaster committee that will be mandate to give the foundation’s disaster support to the masses that need it most,” he said.

In this Ramadan, MGI Mobicell Foundation has distributed 1,500 bags of sugar and the same amount of rice to needy Gambian people.

In addition, it offers Iftar [food to break fast] at the Brusubi Turn-Table everyday of the Ramadan for close to 400 people.  There is also a mobile Iftar team that goes round to mosques on daily basis to offer Iftar to the congregation; about 28 to 30 mosques are targeted for this Ramadan.

Last week, the foundation provided Iftar to the hospital in Banjul and it would also be reaching out to other health centres including Serekunda General Hospital in Kanifing and Sukuta Health Centre.

The foundation is also spreading its tentacles to the provinces so that its impact can be felt even in the remote corners of The Gambia.

“We also want to help in the empowerment of women groups in the rural areas and to pay the school fees of deserving kids there,” MGI Mobicell Foundation chairman said.  “We are also thinking of supporting them with potable drinking water and even building health facilities there.”

“All our efforts are geared towards complementing the efforts of the government because we know that the government alone cannot do it all,” Mr Ceesay said.