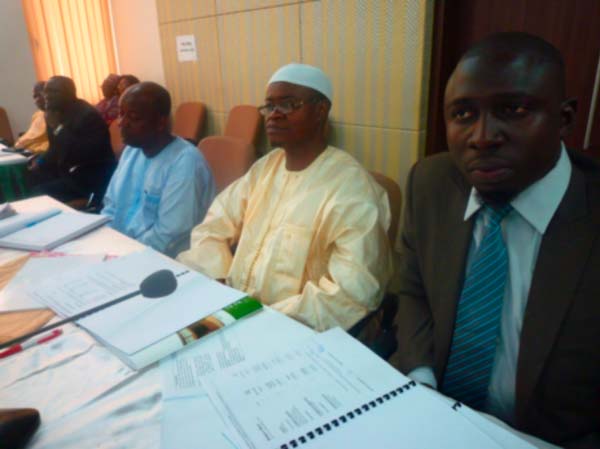 Alieu K. Jarju, acting director general of the Management Development Institute (MDI), has said the institute has continued to train and equip officials and staff in both the public and private sectors, as well as non-governmental organizations (NGOs) with the necessary skills and attitudes to achieve their goals and objectives set in Vision 2020, the Poverty Reduction Strategy Programme (PRSP) and the National Governance Policy, among others.

Mr Jarju was speaking recently before the joint session of the Public Accounts Committee and Public Enterprises Committee (PAC/PEC) of the National Assembly, while presenting the MDI annual and financial report for 2013.

He said MDI was established in 1982 by an Act of Parliament to provide management training, consultancy and research to the public, private and NGO sectors.

Since its inception, he added, MDI has worked successfully towards the fulfillment of its objectives.

The institute was actively involved in the implementation of the Government Administration Reform Programme (ARP) developed in 1986 and has played a key role in providing technical advice and inputs in all administrative reform policy statements submitted to the Cabinet and adopted by the government, he said.

The institute has also been training and equipping government officials with the necessary skills to fulfill the objectives of major government development programmes, such as the Economic Recovery Programme (ERP) of the 1980s and the Programme for Sustainable Development (PSD) of the 1990s.

Over the years, the MDI has provided a wide range of programmes, courses and services, as it has established itself as the leading management institute in the country, he said.