One Pa Saikou Jammeh was Monday arraigned before Magistrate Bless of the Brikama Magistrates’ Court, charged with assault and obstructing a police officer.

He denied the charge and was granted court bail of D10,000 with one Gambian surety.

Count one stated that Pa Saikou Jammeh, on 28 April 2015 at Brikama Galp Petrol Station in the Kombo Central district of the West Coast Region, obstructed Chief Inspector Musa Kuyateh in the execution of his duty.

Count two stated that on the same date, place and time, he willfully and unlawfully assaulted Chief Inspector Musa Kuyateh by pushing him to the ground. 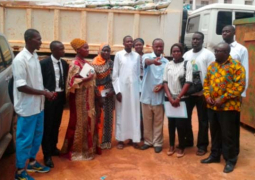