Lt. Col. Solo Bojang and one Anineh Jammeh were yesterday acquitted and discharged by Magistrate SK Jobarteh of the Brikama Magistrates’ Court.

Lt. Col. Solo Bojang and Anineh Jammeh, both former employees of Kanilai Family Farm, were acquitted and discharged on charges of conspiracy and theft.

Delivering her judgment, the trial magistrate said she had reminded herself of the settled principle of law that for the prosecution to secure a conviction against an accused person, it had to prove its case beyond all reasonable doubt and there must not be a shadow of doubt.

She said the constitutional right of the accused was guaranteed under the 1997 constitution, and that there is presumption of innocence, which presupposed that the prosecution must succeed or failed on its evidence.

The accused are, therefore, under no obligation to prove their innocence with regards to the conspiracy charge brought under the criminal code, she said.

It must be borne in mind that conspiracy is an inchoate offence, meaning that it is a crime in itself, adding that even if the underlining crime was not completed, conspiracy was defined by the judicial authorities to mean the agreement to do unlawful act.

She added that conspiracy to commit an offence was inferred from the circumstantial evidence, further stating that it was based on conviction, intent or purpose.

The magistrate further said when there is such evidence to commit a substantive offence, it was settled that it did not matter what any of the conspirators did.

It was evident from the records of proceedings that there was no direct evidence of the accused persons engaging in conspiracy to commit an offence, she said.

The evidence of the first prosecution witness was entirely premised on what the 1st accused told him, and that evidence corroborated with the evidence of all the defence witnesses, the magistrate added.

The evidence is that the President gave nine heads of cattle to the 1st accused which he entrusted with the 2nd accused to be given to the villagers to cut fence poles for the President, as they were informed by the 1st accused. There is no evidence made by the prosecutor contradicting the defence, continued the magistrate.

The first accused in his voluntary statement, stated the magistrate, accepted the charge of conspiracy and allegedly stated thus: “I am guilty of the above charge made against me.”

She said a confessional statement was a voluntary admission made any time by a person charged with an offence, stating or suggesting the inference that he committed that crime.

She said having reflected on the evidence before the court, she was convinced that the evidence of the prosecution witnesses were inconsistent with the statement.

The magistrate added that the cautionary statement of the 1st accused very much corroborated with the evidence of the defence witnesses and that of the first prosecution witness. However, it was inconsistent with the statement.

This had fortified her conviction that the voluntary statement was not meant to be confessional, and shall attach no weight to it, she added.

“It is my view that the prosecution has not proven that the two accused persons agreed to accomplish either an illegal purpose or a legal purpose by illegal means,” stated the magistrate.

She said in this regard, therefore, she holds that there was no direct or circumstantial evidence to grant a conviction against the accused persons on count one.

“Having gone through the evidence given by the prosecution witnesses and defence witnesses, and the fact that it is not disputed that the nine heads of cattle are owned by the President,” she went, the magistrate, therefore, held as a fact that the prosecution had failed to discharge the burden required by law, and that the 1st and 2nd accused persons are not guilty on count two.

She, therefore, acquitted and discharged them on both counts. 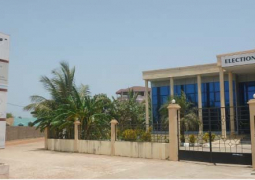 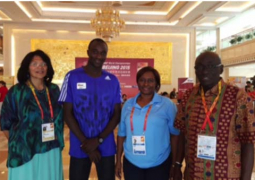