At its second meeting in the 2009 legislative year, Members of the National Assembly on Thursday 18 June 2009 ratified a loan agreement between the government of The Gambia and the Islamic Development Bank for participation in the financing of the Gunjur Water Supply Project.

The project, which amounts to US$4, 740, 000, is earmarked for improving the public health conditions of the population of Gunjur through better access to clean water supply system. The project components, among others, include the drilling of an additional new borehole of approximately 70m depth, equipped with electric generators and centrifugal pumps of 50m3/h, at approximately 87m.

In moving the motion before deputies, Abdou Kolley, the Minister of Finance and Economic Affairs said approximately 90 community standpipes would be put in place.
According to him, the sub-component is proposed as a pro-poor action, geared towards facilitating access to the new water supply.

He added that other components of the social amenity include consultancy services for supervision of works, training of the beneficiaries and sensitisation campaign. The project, he went on, would also require the construction of a new water treatment plant of 100m3/h capacity.

Meanwhile, the National Assembly also ratified a multi-million dollar loan agreement between the government of The Gambia and the International Cooperation and Development Fund of Taiwan, relating to the Technical Vocation and Education Training project in Ndemban, Western Region. They also ratified the loan agreement equivalent to US$9.2m between the government of The Gambia and Saudi Fund for Development for the phase 2 project of the rehabilitation, and upgrading of the .

In the same vein, the National Assembly has on the same day ratified a loan agreement amounting to US$3m between the government of The Gambia and the Islamic Development Bank, for the financing of support to malaria prevention and control project in the country. This was tabled before deputies by the Minister for Finance and Economic Affairs, Abdou Kolley. 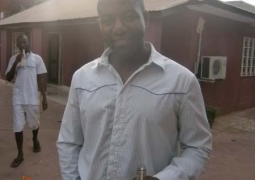 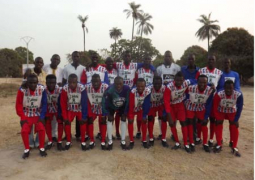