As press officer of the Chinese Embassy, I noticed in the past month or so a new round of intensive misinformation about my home country, particularly on social media, which I feel that I have to clarify, in the interests of the peoples of both China and The Gambia. At this age of information boom, our cognitive maps are more or less shaped by contents online and the algorithm behind them. The pseudo-world one constructs in his mind based on such information, however, is often quite different from reality.

A notable example is the recent widespread stories of “African people being maltreated in China”. Disturbing short videos of such kind shared on social media triggered much concern, yet were later debunked by international media with detailed analysis as fake. For example, a widely shared video showing several Asian-faced persons beating an African was in fact recorded in another country instead of China, and the Asians in the video were not Chinese at all; another one displaying a street brawl between a “Chinese” couple and an African couple was actually captured in North America and has nothing to do with China or Chinese either. Interestingly, some of those videos were recorded years ago and repeatedly went viral online, with different narratives each time, telling various fabricated stories of frightening conflicts.

Then how come the “Guangzhou incidents”?

At the initial stage of Guangzhou’s intensified COVID-19 containment campaign, some foreigners found it hard to adapt to those rather strict regulations requesting both Chinese and foreigners to equally abide by. Misunderstandings then occurred between some non-Chinese-speaking African expatriates and non-English/French-speaking Chinese. These communication failures were then translated into accusations of racism. It didn’t take long before dubious information, such as the debunked videos mentioned earlier, to sneak in, deepening misunderstanding and intensifying outrage. It cannot be more obvious that, forces with political motives have never been absent from the whole thing since its very start.

Realizing the miscommunication, Guangzhou authorities promptly improved their work. To avoid recurrent misunderstandings out of language barriers or cultural differences, they built effective communication mechanism with foreign consulates-general in the city, in addition to continuing providing health management services to all foreigners without differentiation, and offering financial support to those in need as humanitarian aid. Besides, working groups for each country were set up in a one-on-one manner, to account for foreigners of different nationalities. And information has been constantly updated to their respective diplomatic missions. Thanks to these coordination and cooperation efforts, me and my Gambian MOFA colleagues could learn the latest conditions of Gambian citizens in China each day, and be assured that they are safe and sound, with minimum risks of suffering from COVID-19. This, I’m quite certain, doesn’t happen everywhere.

Contrary to some allegations that Africans were treated badly in China, I dare say they are much better protected and cared for than Africans (and foreigners in general) living in most other countries, particularly during the COVID-19 pandemic. A most simple proof is the much lower infection rate of Africans residing in China.

Unfortunately, while this is not the first time for a smear campaign to take place, it is unlikely to be the last. “Infodemic” of misinformation, as UN Secretary General pointed out, has joined COVID-19 as a common enemy we all face now. Apart from the above incident, incendiary claims, irresponsible comments, and viciously coined conspiracy theories are flooding our minds each day, causing even more confusions when the pandemic has already wreaked havoc on most people’s lives. Voices of science, of rational reflection, and of truly visionary considerations for the common good, are somehow masked. Such situation seems so surreal, yet it is where we are today. We are all victims. And it is certainly not right.

What is the way out? Solidarity! This is also a post from the twitter of WHO Director-General.

While it sounds like a cliché, truths are sometimes this plain and simple. If we cannot defeat the pandemic worldwide together, lifting restrictions would cause rounds and rounds of infection tally resurgences and more deaths. If we cannot join hands to help the needy, humanitarian crises would sweep the world and bring about long-term afflictions to humanity. If we cannot escape the trap of naming and shaming, we would hate each other, despite such antagonism being whipped up by those who are happy to see us apart. And if we cannot uphold science and reason, we would take lies as truths, and step far away from the right track.

That is why China has all the time been calling for solidarity and jointly building a community with a shared future for mankind. Chinese government and civil groups keep offering medical supplies to assist Africa’s pandemic containment and public health system improvement. China has donated to the WHO a sum of $50,000,000 to support the global fight against COVID-19 and strengthen health systems of developing countries, including The Gambia. And China’s technical support has been helping the world better deal with the virus.

Globalization has linked us all together, and it is a trend irreversible. Only when we learn and truly know more of each other, could we have a more ideal world of unity and harmony. Some claim that COVID-19 has brought us to the end of the world as we know it. Well, I cannot predict the future, but I believe if we are united as one, people would suffer less from pandemics and “infodemics” in the post-coronavirus world, and live together with more mutual understanding and shared prosperity. 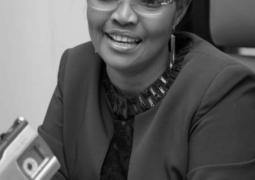 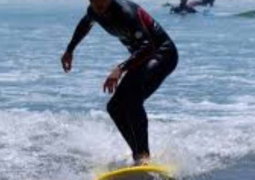