In a bid to strengthen and promote unity, understanding and development among the youths, the Kombo South youth committee recently embarked on a weeklong consultative meeting within the district.

Speaking on the occasion, the chairman, Mr Malang Fatty expressed delight in the ways and matter in which the youths of Kombo South commit themselves to development.

Chairman Fatty described the tour as a success, noting that they visited all the 18 major villages in Kombo South and has formed a Youth Committee comprising of both boys and girls in each of the villages.

For his part, the chairman of Gunjur Village Development Committee, Mr Famara Bojang assured the youths that the people of Gunjur are ever ready for any developmental programme.

Other speakers on the occasion include Ajaratou Mai Kebbeh Darboe, head of women group in Gunjur (Ngansimba) , Mrs Mbinkey Saho and Mr Ismaila Barrow, a youth from Gunjur. 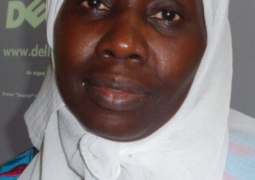