Kombo South scout troupe on recently embarked on a massive cleansing exercise at Gunjur central and Gunjur Market respectively as part of their contribution towards the development of Gunjur.

Speaking to The Point, GSL Kombo south scout troupe, Saidou Bojang, said that Kombo South scout troupe was form in 1986 with the aims and objectives of contributing to the development of The Gambia. He revealed that the cleansing exercise was organised to promote and improve good environmental sanitation. He further revealed that this exercise will be staged in other parts of the village in future and he called on people in Gunjur to always keep their environment clean.

For his part the Scout Master Arabic section, Faburamah Demba, said that Kombo South Scout Troupe will contribute immensely to environmental sanitation and he said that Kombo South Scout Association is still alive and will contribute towards he development of the country. He appealed to members of Kombo Scouts to be committed and hard working in the realisation of their dreams. 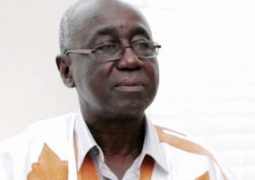