Lt. Colonel Gibril Bojang, the State Guard Commander has been demoted to the rank of Private and at the same time dismissed from the Gambia Armed Forces, a press release from the Office of the President stated on Wednesday.

This latest dismissal by President Jammeh, who is also the Commander-in-Chief of the Gambia Armed Forces comes hot on the heels of a major shake-up in the military hierarchy, affecting Lieutenant General Lang Tombong Tamba, Chief of Defence Staff and four others, namely Brigadier General Omar Bun Mbye, Lieutenant Col. Demba Njie, Major Malamin Bo Badjie and Captain Lamin Fatty, all of whom were removed from the Army.

The service of Mr. Joseph Jasseh, the Permanent Secretary at the Ministry of Defence was also terminated during the same period.

However, there was no reason advanced for this cause of action. 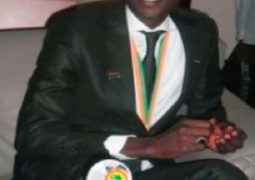