Both sides made spectacular performances in the first half of the game and created lots of scoring chances in each other's goal, but they failed to scored and the first ended 0-0.
In the second half, Jamisa Community Association who are confident edge pass Penyem Community Association and sealed into the final. Thye came all out and mount pressured on Penyem Community Association's defence line. Their efforts paid dividend in the 47 minute through Striker Sarane Johnson from Tapha Saidy's cross and  Jamba Jatta, who extended the lead for Jamisa in 68th minute from a brilliant header, while Saikou Dampha sealed the victory in the 76th minute, after dribbling pass Penyem defenders to make it 3-0 for Jamisa.

Penyem though fought back and created a few chances, but all their attacks were dispossessed by Jamisa defence line until the 90th minute of play ended 30 in favour of Jamisa. 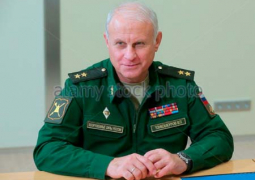