We are very pleased to know that The Gambia has gone into some serious cooperation agreement with the Kingdom of Saudi Arabia.

The agreement, whichpromotes and supports cooperation in economics, trade, investment, education and science, culture, information, tourism, and youth and sports, was ratified yesterday at the National Assembly by our lawmakers.

As the Finance Minister, who moved the motion at the National Assembly rightly said, this cooperation further seeks to strengthen the historical ties between the two countries and nationals.

No man is an island, and for us as a nation to achieve our development aspirations we must forge reliable relationships and partnerships that are of benefit to us.

Opportunities exist today more than ever before, hence it is vital that a nation, especially an African country, seeks smart global partnerships that will enrich its people.

Now is the time to play a new game and set new rules. The areas of cooperation as the agreement states are very essential to our development, and seeing them outlined in an agreement document is like apples of gold in settings of silver. So we must go for it.

Tomorrow is the day that delegates of our sports bodies will have another opportunity to elect someone who will steer the affairs of the Gambia Football Federation (GFF) for the next four years.

Over the years the GFF has been in the doldrums bewitched with so many squabbles and pitfalls that have brought it down twice, giving rise to the setting up of normalisation committees.

Now it is time to elect another executive, our simple advice to the voters is: choose wisely.

The voters, the people, are the makers of history and it is they who, in the final analysis, win or lose battles.

“Every election is a sort of advance auction sale ofstolen goods.” 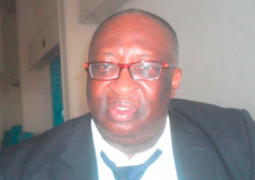