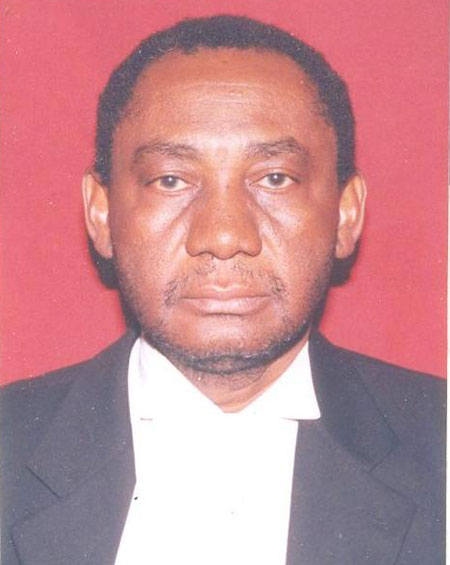 In his address, Mr. Chenge suggested that prosecution have proved its case beyond all reasonable doubt on all charges. He posited that in proving the evidence, the prosecution called three witnesses and the first prosecution witness had tendered the statements of the accused persons, and that there was no objection made for the admission.

He elucidated that prosecution have tendered exhibits A and B (Foroyaa and the Point Newspapers, respectively) and the materials printed from the email boxes of the accused persons, of which the accused persons stated on oath that they actually printed the materials and gave them to the operatives of the NIA. He further told the court that this was never disputed at all.

In drawing the attention of the court to the conspiracy charges, DPP Chenge adduced that the printed material from the email box of Sarata Jabbi-Dibba, (exhibit J), clearly revealed 'conspiracy' against the President and government of the Gambia.

DPP suggested that the offence of conspiracy commenced on 10th June 2009, when Ndey Tapha Sosseh, the President of the Gambia Press Union (GPU), sent an email to one Buya Jammeh, and copied the same to Sam Sarr, Emil Touray, Pa Modou Faal and Sarata Jabbi-Dibba.

DPP Chenge told the court that the email was seeking advice from the aforementioned persons for the material marked Exhibit (J). DPP went on to say that a reply then came from Sarata to the GPU's President, whom he said, is hiding somewhere outside The Gambia.

DPP read to court what the supposed reply contains, which reads: "Hello Ndey, I think we should ignore him." He added that on the same day, a reply emanated from Ndey Tapha Sosseh informing Sarata "whether she had seen Pap Saine and whether they have a space".

He said Sarata Jabbi-Dibba informed Ndey Tapha-Sosseh that Pap Saine, said he would see the article and then consult with Ebrima Sawaneh.

According to him, Emil told Sarata that they should drop the statement and he (Emil) will call Ndey at night. He explained that Ndey then wrote to Emil and Sarata that, they should not go to office the following if they so wish.

Persuading the court to accept the evidence, DPP Chenge cited Nigerian Law Report 2002 at the Supreme Court of Nigeria, that concerning conspiracy "there is an agreement going on to commit an offence and the statements tendered corroborated the evidence that there was conspiracy". He went on to submit that Pa Modou Faal said a press release was sent by Ndey Tapha Sosseh and to some executive members of the union for possible advice, which DPP said corroborated the evidence that the accused are aware of the conspiracy and participated fully.

He again cited 1992- Utteh versus the State and English Ore 1971- Hall in support of his submission.

He said that at the NIA, it was established that the accused persons are members of the GPU, while some are advisers having reached the position of media chiefs.

He said the accused persons never refuted and have never published a rejoinder as members of the GPU, to disassociate themselves from the article.

He submitted that when he asked the sixth accused person whether he disassociated himself from the article, he replied in the negative. He then noted that this means that he 'agreed' with the publication.

Submitting on sedition, he suggested that the authority in sedition is locus classical as in the State versus Lamin WA Juwara, Criminal Case 7/03.

He submitted that truth is not a defence in sedition, adding that an incitement is not necessary to prove as in Mensah versus the Republic that there is no need to bring any explicit evidence that the court should look at the publication and come to the conclusion whether there is sedition.

The DPP further submitted that an extract from the article, which he read in court that, "the government of the Gambia and the President cannot be exonerated in the murder and remain suspicious until prove otherwise".

He maintained that the statement was a reaction to a statement made by the President, of which some accused persons were angered. He submitted that there is clear motive of sedition.

According to DPP Chenge, the freedom of speech guaranteed under the Gambian constitution is not absolute, but restricted in the interest of public safety and national interest.

Mr. Chenge said that sedition in law is anything that punishes publication that is made with intent to bring the government into hatred, ridicule and contempt. He adduced that for some body to publish in the papers to be read in the whole world is a motive of insinuating the President of killing the late Deyda Hydara, whom he said, has large followers in the Gambia and abroad.

He added that if some body can do that, there is no doubt that he is inciting trouble in the Gambia so that followers of Deyda Hydara can get up and make trouble.

He further cited Wanku and the State (1983 in Nigeria) that sedition is not constitutional, adding that "this citation also reflected in Lamin Waa Juwara's case as it offended is the principles".

DPP also cited Chicki Obi 1961 (all Nigeria report) as in Lamin Waa Juwara's case since the status is clear. DPP Chenge further invoked Section 51-(a) and 52 (1) of the CPC to give weight to his suggestions that the prosecution have proven it case. He adduced that the contents of the publication is seditious.

He submitted that "it is a try law that to publish sedition inside a material that is not seditious does not exonerate the alleged accused, hence they went so far to include a crime against the state".

He said "nobody is saying that the state cannot be criticised, but to go too far as you cannot be exonerated from the murder is seditious."

He also cited Anagbougu 1954 21-Mgerial report. He submitted that as far as the alleged sedition is not standing but enveloped with other words does exempt sedition.

Submitting on defamation, he submitted that all the argument on sedition applies to defamatory and there is strong motive to carry out defamation. He adduced that an allegation of a crime is actionable per say.

"We don't need proof of the damage of reputation," he said. He said that Section 180 sub-section (2) of the CPC states that defamatory needs not to be direct or completely expressed, if can be collected from the circumstances of the publication.

In a final note, he submitted that the entire evidence shows that the prosecution certainly has proved its case on all the counts beyond reasonable doubt and urged the court to convict the accused persons. 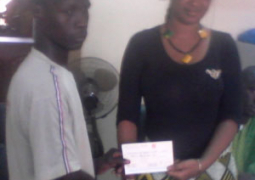