Imam Alhaiba Hydara on Monday testified before the TRRC in connection with his illegal detention at the NIA, Police Headquarters and Janjangbureh Prisons, saying he was not tortured.

The Brikama Nyambai resident who was born in Badibou Yalal Tankong Jala, was the Imam of Banjul International Airport at the time of the incident.

Mr. Hydara testified that he started learning the Qu’ran from his father for ten years before proceeding to Kerr Mama under a scholar called Cherno Mama Jallow to read Sharia law and other Islamic books, where he spent seven years.

According to him, being an Imam did not stop him from performing other duties such as attending conferences and translating the Qu’ran during Ramadan among others.

He said while at the airport in 2002, he was appointed by GIA as a Hajj guide to assist the pilgrims in Makka and always went with the first flight. He said at the time he was involved in helping pilgrims, they used to have about 1, 500 pilgrims.

He revealed that he was a member of Supreme Islamic Council, headed by Alagie Banding Drammeh; adding that the purpose of the council was for Muslims to have one voice and avoid discrepancy and serve as an umbrella for all Muslims.

He said in July 2005 while serving as the imam at the airport as a teacher and a Hajj guide, he said one of the CID officers at the airport, Pateh Bah’s wife delivered and he attended the naming ceremony in Sukuta.

Mr. Hydara recollected that while at the ceremony, his phone rang and his whereabouts was asked by Bakary Gassama, head of NIA at the airport. According to him, Gassama went to his compound but did not find him and one of his (Hydara’s) senior student, Lamin Jarju give him his number. He said that the NIAs said he was needed at the NIA Headquarters.

“As I went out of the compound, Gassama told me that they did not want to embarrass me. However, I told him I was in the middle of a programme and that they should allow me to explain to them before they would be worried but he refused. I then joined the vehicle and headed to Banjul.” Upon arrival at the NIA, he said, he was taken through the back gate. “I was kidnapped,” he added.

He said after leading a 2 p.m. prayer, he was put into a black tinted vehicle and taken to the police headquarters.

He testified that after 7 p.m., he was taken to the PIU headquarters and then to OC Biran Mbaye’s office who gave him meat and milk to drink and remarked that I would not suffer in his office.

Imam Hydara said he prayed the evening prayer at the PIU and later returned to the police headquarters where Mamodou Njany was ordered to lock him in a cell.

“I took the key from him and opened the cell to enter but those inside said I will not enter because I am an Islamic elder. I negotiated my way in and the men I found in were fanning me with their shirt till the following day due to plenty of mosquitoes.”

He explained that he was later returned to NIA and interrogated by Jawara Touray, who asked him whether he spoke about anything pertaining to Jammeh in his Friday sermon. According to him, he referred them to Kebba Kinteh who had the record.

He said he was taken to McCarthy where he saw Ansumaneh Kujabi on detention.

Before going to McCarthy, at PIU, he narrated that Alhagie Banding Drammeh came and asked what brought him there, saying he went to the interior minister Samba Bah and the director of NIA Daba Marena and was told that he insulted the government.

“I was taken to McCarthy Central Prison where I was locked and later released.”

He explained that after his release, he and his family were removed from the airport quarters. 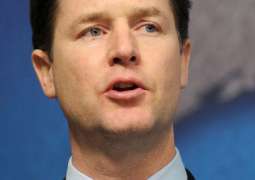 Judo Association goes to the polls on 28 February 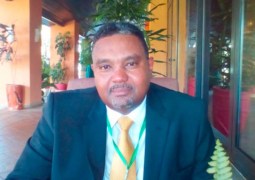