The trial of ex-NDEA Chief Executive Ibrahim Bun Sanneh and four others, yesterday resumed before Justice Emmanuel Amadi at the high court in Banjul.

Testifying for the prosecution was one Kelapha Jatta, who told the court that he lives in Kombo Lamin village, and is a driver at NAWEC. "I recognised the 4th accused, Marie Sanneh," he added.

In 2008, he went on, "my son Babucarr Jatta was arrested with cannabis by Sgt. Lamin Jammeh of the drug squad. "I went to the Brikama police station to stand for him as a surety," he testified.

"At the Brikama police station, I was told that I had to enter into plea-bargaining," Mr. Jatta told the court.

He said it was then that he went to see the 4th accused, Marie Sanneh, who is a daughter to the 1st accused, Ibrahim Bun Sanneh.

"I explained to the 4th accused (Marie Sanneh) the situations so that she could see the 1st accused, so as to enter into plea-bargain," he added.

He testified that it was then that he came to know that the 1st accused, Ibrahim Bun Sanneh, was the boss of the drug squad.

Further testifying, Mr. Jatta told the court that Marie Sanneh later came and informed him that Bun Sanneh said he was ready to help. He added that the 4th accused also told him that they have agreed on the sum of D100, 000.

"I went and sold my land, and gave the sum of D100, 000 to the 4th accused, for the plea-bargaining, for her to go and pay to the drug squad in Banjul," he revealed.

Kelaph Jatta added that after three months, he gave the 4th accused another D50, 000 to go with his son to pay for the plea-bargaining.

"My son used to go and report to the NDEA, until one day when I was informed by Sgt. Lamin Jammeh that I have to report to the NDEA to explain whether I have paid the money on behalf of my son," he further disclosed.

"I informed him that I have paid the money, and after that I was taken to the NIA, where I made my statement," he concluded.

The prosecution witness admitted that he had never discussed face-to-face with the 1st accused with regards to the plea-bargaining.

He said the 4th accused did not tell him to whom she gave the money, and that he did not find out.

The prosecution witness maintained that it was the 4th accused who informed him that the 1st accused is her father. He admitted that he was issued with two receipts and responded in the affirmative, when asked if he would be able to identify the receipts.

He identified the receipts, which were later admitted and tendered by the court as exhibits.

He admitted making a statement at the NIA, which was later admitted by the court and tendered as an exhibit.

The case was adjourned to 5th August 2010 for continuation of the hearing. 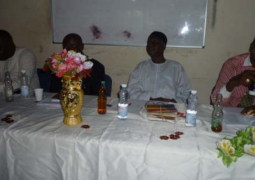 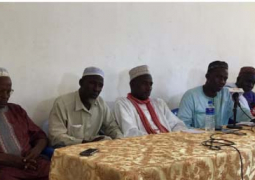