The National Alliance for Food Security, in collaboration with Action Aid yesterday embarked on a week-long nationwide hunger free campaign as part of the activities marking World Food Day.

The caravan, which left yesterday will meet women farmers and regional authorities across the country to draw their attention to the status of farmers, capture their voices and collect charters, which will then be handed over to the Speaker of the National Assembly on October 16th during a candle vigil in Basse on the celebrations marking World Food Day.

The campaigners will be touring the entire country, while collecting messages from farmers.

Africa Youth Coalition Against Hunger (AYCAH) and the National Association of Youth Against Food Security (NAYAF) are all actively involved in this campaign.

It could be recalled that sometime last year a similar campaign was organised which many described as a success story, prompting farmers especially women farmers to voice out their concerns and challenges undermining large-scale productivity.

Speaking shortly before the departure of the caravan yesterday, Mrs. Jainaba Nyang-Njie, Action Aid Communication Manager revealed that the hunger free campaign is an initiative of the Action Aid International, targeting farmers, especially women farmers towards the eradication of hunger.

According to her, the campaign is a follow-up to the previous one held last year. She revealed that this year's caravan is composed of national drama troupe, Fansung Jamano, Omar Jack and J Alex, as well as other stakeholders so as to create more noise about hunger.

For his part, Mr. lamin Nyangado, Policy Manager for Action Aid conveyed greetings from the Country Director to the tour party.

According to him, "this is a women's thing as they suffer the most and are more vulnerable to hunger." He encouraged the team to collect as many voices as possible along their journey. He emphasised the need for women farmers to be given land for permanent use. 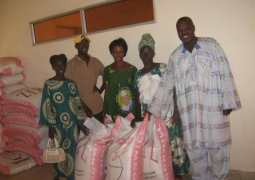 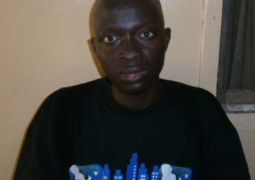